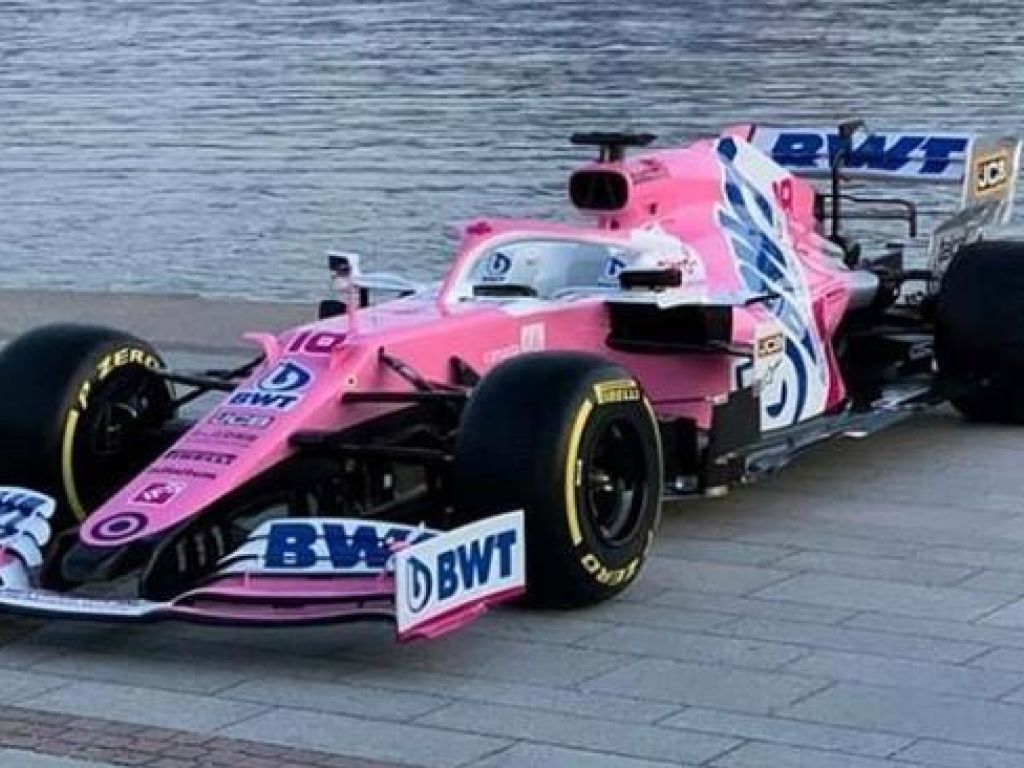 Racing Point are due to launch their 2020 challenger on Monday, but images of it have reportedly been leaked on social media already.

The team were set to officially launch the RP20 on Monday February 17 at Mondsee in Austria, home of sponsor BWT.

Drivers Sergio Perez and Lance Stroll will be given the job of revealing the car, but it seems they may have already been beaten to it.

And here is the RP20 – if the reports are to be believed. Should Racing Point present this tomorrow as their actual 2020 challenger, then the most striking change is the absence of their title sponsor for last year SportPesa.

Pink has now taken over the full livery in reference to BWT, and 2020 will of course be the final year for Racing Point before they transform into Aston Martin after their owner Lawrence Stroll purchased a stake in the British luxury car brand.

After officially launching the RP20 on Monday Racing Point will head straight for pre-season testing at the Circuit de Barcelona-Catalunya where the action will get underway on Wednesday February 19.