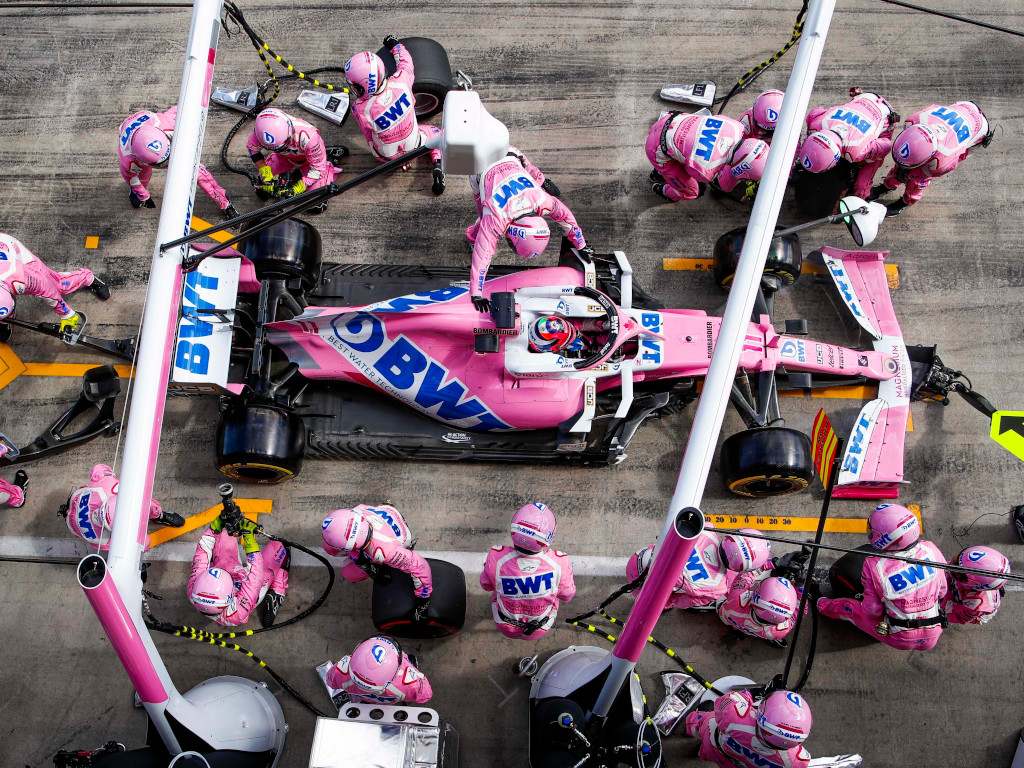 The Stewards’ have confirmed that Racing Point’s results in the Hungarian Grand Prix will also be provisional after a second Renault protest.

Renault kept their appeal against the legality of Racing Point’s brake ducts active after submitting a fresh protest following the Hungarian Grand Prix.

Lance Stroll finished the race in P4, one place behind his starting position, whilst Sergio Perez crossed the line in P7.

But the results will join those from the Styrian Grand Prix in being provisional with the investigation underway after Racing Point confirmed that they used the same brake ducts in both events.

“During the 2020 Styrian Grand Prix, the Stewards have received a protest from Renault DP World F1 Team (“Renault”) against BWT Racing Point F1 Team (“RP”) (together, the “Parties”) concerning an alleged breach of Articles 2.1 and 3.2 and Appendix 6 to FIA Formula One Sporting Regulations with regards to front and brake ducts used on cars 11 and 18 (the “Protest”),” the Stewards’ report read.

“In this context, the FIA Technical Department representative was asked to seal and impound the relevant parts of cars 11 and 18 in preparation for conducting an analysis of those pieces.

“The FIA Technical Department representative will provide a detailed report to the Stewards with the findings and will include in his report an assessment that matches those findings against the alleged infringements outlined in the Protest.

“After, the race of the 2020 Hungarian Grand Prix, Renault lodged an identical protest against RP relating to the exact same matter.

“Therefore, the Parties declare and agree that there is no need to proceed again with a sealing and an impounding of the relevant parts of cars 11 and 18 following the race of the 2020 Hungarian Grand Prix.

“The Parties further declare and agree that the analysis to be performed by the FIA Technical Department representative and the report to be submitted to the Stewards as well as any evidences and discussions relating to the Protest shall also be valid to address the second protest lodged by Renault following the race of the 2020 Hungarian Grand Prix.”