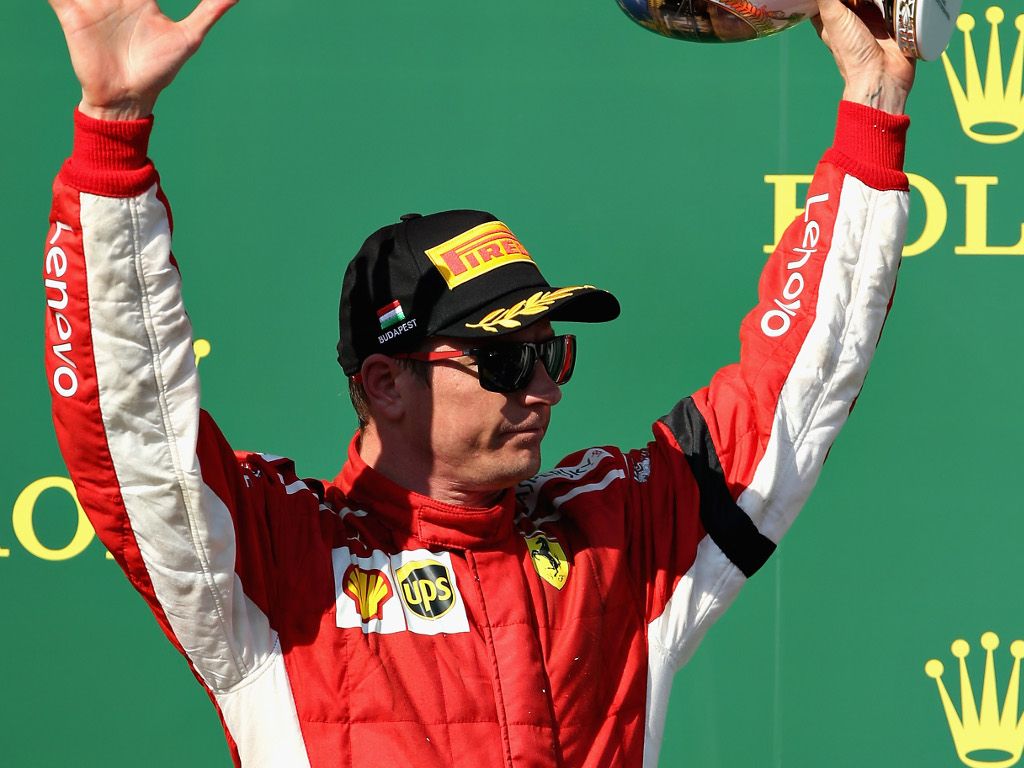 Kimi Raikkonen concedes third was the “best” he could hope for in the Hungarian Grand Prix as Ferrari were out-played by Mercedes.

Starting the 70-lap grand prix from third on the grid, Raikkonen fell to fourth as he was overtaken by Sebastian Vettel around the outside of Turn 2.

The Finn was the first of the frontrunners to pit, swapping his softs for ultrasofts on lap 15.

That forced Valtteri Bottas into a pit stop but, unfortunately for Raikkonen, a “small piece of rubber in brake inlet” meant his stop was over five seconds and he lost ground to his compatriot.

Raikkonen later pitted for a second time, the only driver in the top-five to two-stop and used his fresh tyres to hunt down Vettel, P3, and Bottas, P2.

A clash between those two saw Raikkonen finish the race third behind his team-mate and race winner Lewis Hamilton.

He said: “I think it was the best that we could hope [for] today.

“Obviously a far from ideal start and I think we need to improve those a bit to give us a bit easier [run].

“Then, obviously, we caught up with [Valtteri] Bottas after the first stop but there was no chance to overtake at that point so our only option was to stop again and try again and at least we got one place back.

“So yeah, far from ideal as I think we had pretty good speed today but what can you do. Sometimes it’s like that but we take the points and go for the next one.”