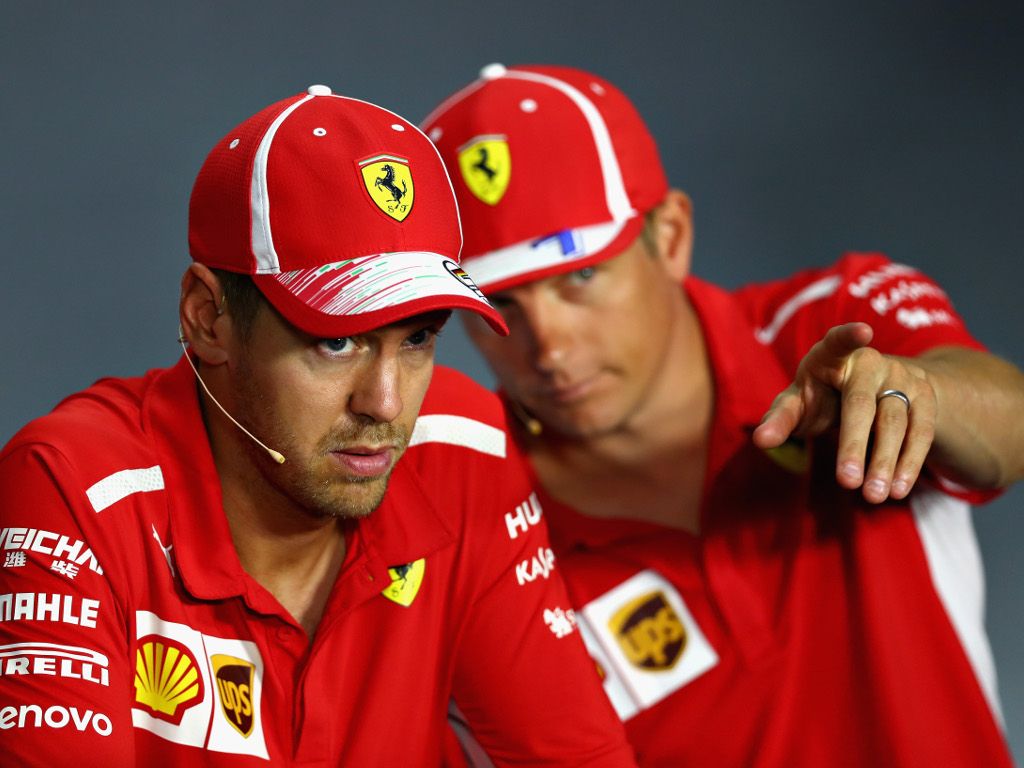 While Raikkonen has yet to win a grand prix this season, Vettel claimed his fifth last time out at the Belgian GP.

Ferrari’s pace at Spa has set them up as the favourites to win at Monza this weekend.

Should the Scuderia succeed in doing that it would be their first home win since 2010.

And Raikkonen has every intention of challenging Vettel for the honour.

“Our aim is to be with both cars in the front row and see how it pans out,” he said.

“We know what we can do. We can race and always try to beat each other but to be fair at the same time.

“I don’t see it any different as that.”

The Finn, who has never won the Italian Grand Prix, insisted Ferrari aren’t under any more pressure to win this weekend than they are at any other races.

“It was best one week, it might not be in the next weekend, it’s that close that small differences that dictate who’s fastest that weekend, or in the race. If you don’t get everything right you night not win.

“It’s very close and it changes from circuit to circuit, some suit a car better than the other. You’re talking small differences that change the end result. We can only do our best and see where we end up on Sunday.”