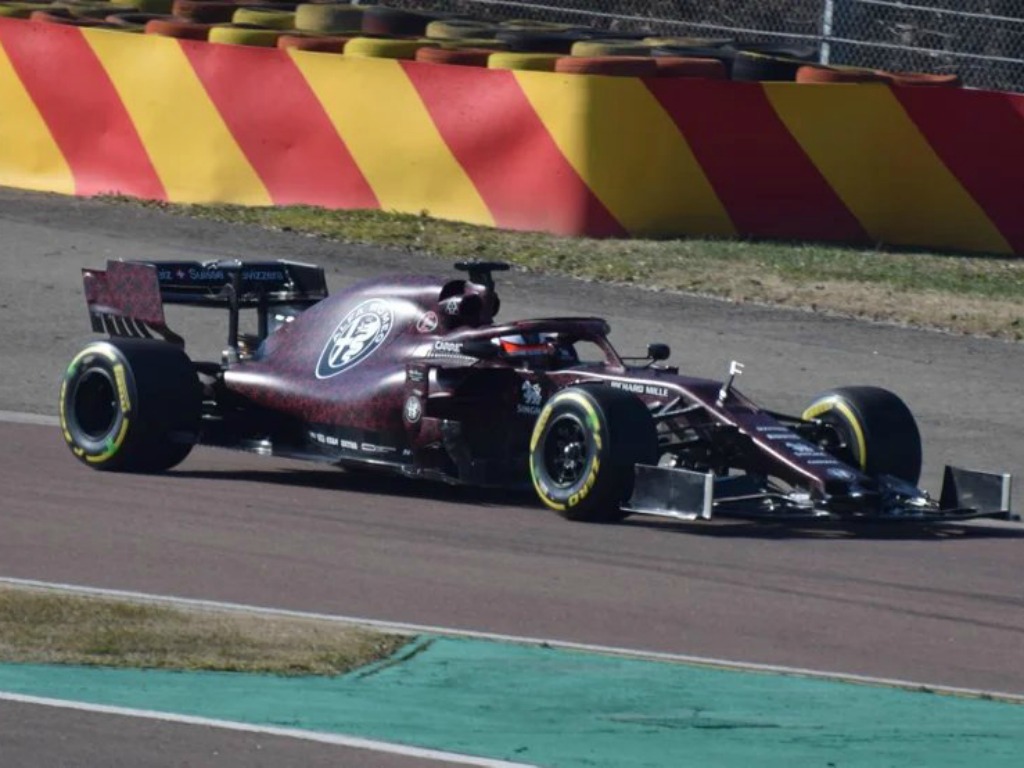 Formerly known as Sauber, the team re-branded ahead of the 2019 campaign.

Their new car did 33 tours of the 2.997 kilometre circuit, the maximum they were allowed to do under Formula 1’s rules which limit filming days to a maximum of 100 kilometres.

Speaking to RaceFans.net, Raikkonen said: “We had a good session on track.

“The car felt good and I was able to get a first impression of the car we will be running this season.

“We will work on the last few details and head to Barcelona for two weeks of testing.

“I look forward to getting to know the car better there.”

The car was sporting a “special ‘love’ livery” for the Valentine’s Day test, a run-out which team principal Frederic Vasseur described as a marker or the start of official testing in Barcelona from next week.

“We ran the 2019 car for the first time and were able to assess the progress we have made in our development ahead of the first test in Barcelona next week.

“The whole team is pushing to start the season with the best possible base.

“Our drivers and crew are motivated, and we look forward to heading into the championship and delivering a strong performance.”

Technical director Simone Resta, who has joined the team from Ferrari, said they conducted the necessary preliminary checks of its new chassis prior to the start of testing on Monday.

“After a long winter we are happy to be on track with our new car for the first time,” he explained.

“The focus of our work today was on aerodynamic, set-up and cooling checks.

“We ran for a total of 33 laps and will use our data to establish how the new regulations will affect the behaviour of our car.

“The next two weeks which we will spend in Barcelona will be busy and will concentrate on proving the car’s reliability and performance.”