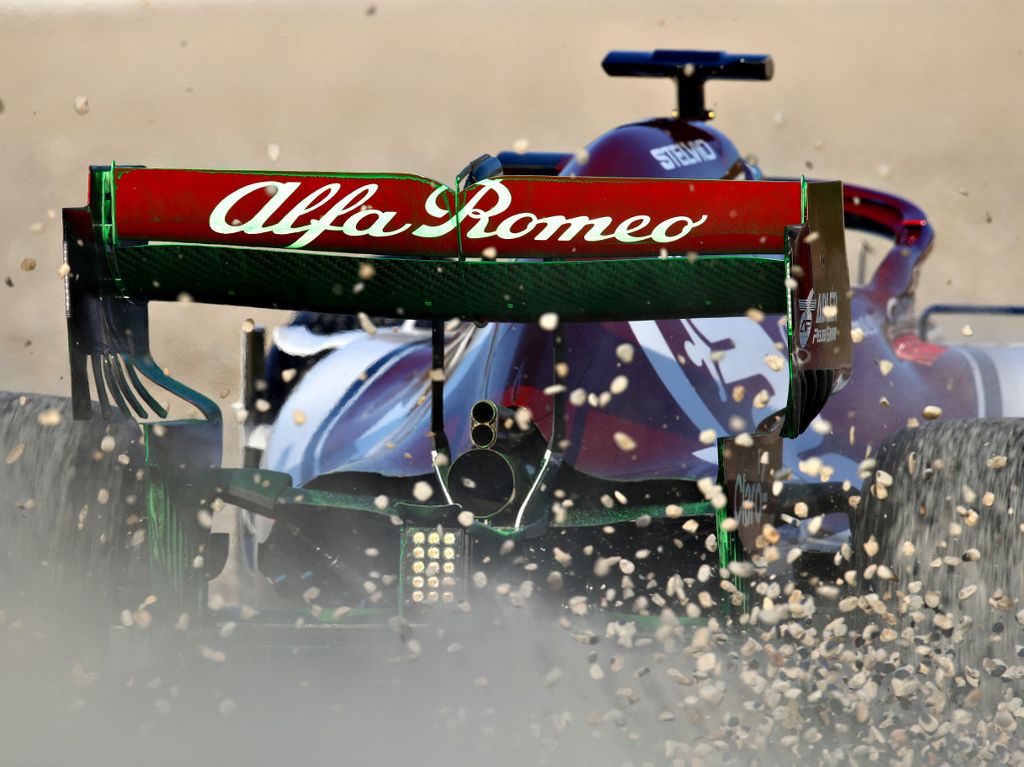 Kimi Raikkonen believes Alfa Romeo have made a “big step” with their new C38, which he spun and then drove without any further issues in Spain on Monday.

Raikkonen joined Alfa Romeo, formerly known as Sauber, in the off season.

The team’s ties to Ferrari meant he had a small taste of last year’s car, the C37, during the post-season Abu Dhabi test.

That allowed Raikkonen to make a straight comparison when he climbed into the cockpit of the newly-launched C38 on Monday.

“The first feelings are very, very positive,” he said.

“I think the guys have done a very good job over the winter.

“I think we have a car we can work with.

“Straight out, I’m not really doing an awful lot with the car. I tried a few things here and there but was very happy actually.

“Like I said, the guys did a very good job over the winter and we have a package that we can work with and we can get better.

“Everything feels normal and when I [compare it to what I] tried at the end of last year, the Sauber, it is a big step for sure.

As for his early spin, which brought out the first red flag of the pre-season, Raikkonen joked that “we never seem to learn from the winter.”

He added: “It is always difficult to start in the cold conditions.

“But apart from that, everything ran smoothly. The car feels very, very positive.

“It is early days but so far it is good.”