Home News Raikkonen: I should have left Max more space 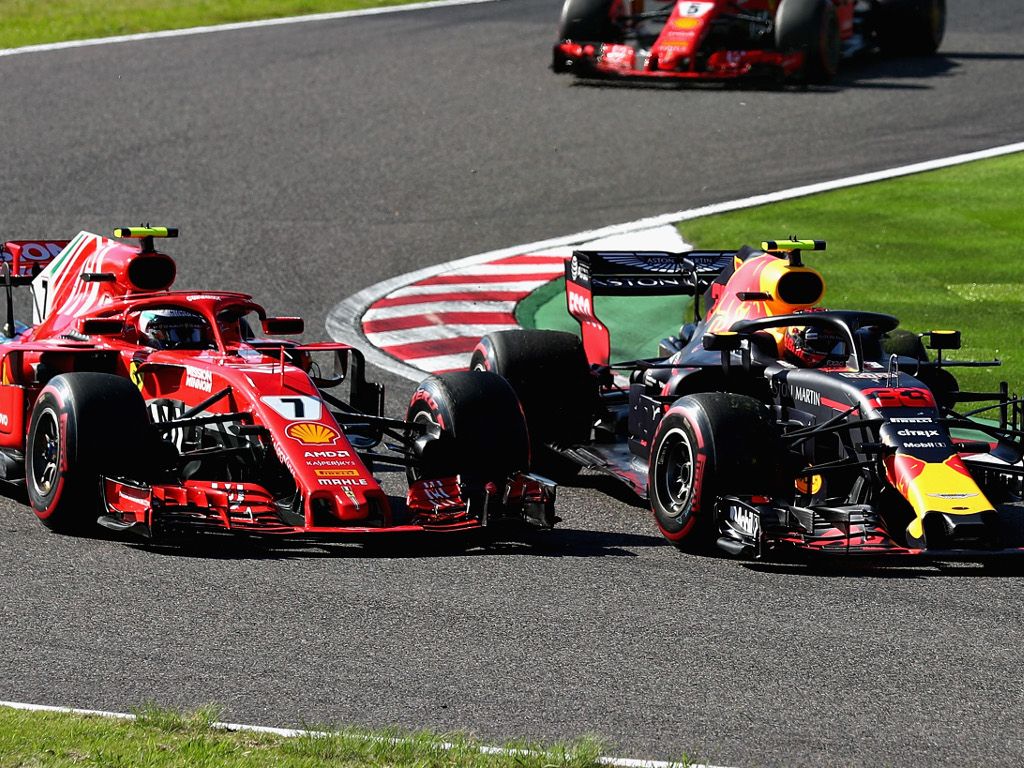 Kimi Raikkonen says in an ideal world he should have left Max Verstappen more room when he attacked him around the outside at the Japanese Grand Prix.

Raikkonen was battling Verstappen for third place in the opening laps on Sunday and got a run on the Red Bull driver when he ran a bit wide.

Raikkonen tried to pass around the outside as Verstappen rejoined the track only for the two to touch.

The Finn was pushed off the track and a very unhappy Verstappen was given a penalty for rejoining the track in an unsafe manner.

However, in hindsight, the Ferrari driver acknowledges that he should have seen that possible outcome and given the Dutchman a bit more room.

“In an ideal world I could have left a bit more [space],” he said.

“I tried to go outside and leave him as much room as possible.

“I know that sometime when you come back over the kerbs it’s impossible to turn the car after you bounce over it and I don’t know if that was the case.

“I don’t think he purposely tried to hit anybody.

“If we both would be on the circuit next to each other he wouldn’t squeeze me because we all know what would happen.”

Racing a damaged SF71H, Raikkonen spent the rest of a rather lonely afternoon limping home in fifth place.

“It was a difficult weekend overall, we need to go through things,” he added.

“We got things improved during the weekend, it was getting better and better but if you look purely at the result it was far from what we wanted.

“But that’s how it goes sometimes. We need to tidy up those things and hopefully have a cleaner weekend next time around.”