Home News Raikkonen: ‘It will be quite a hectic race’ 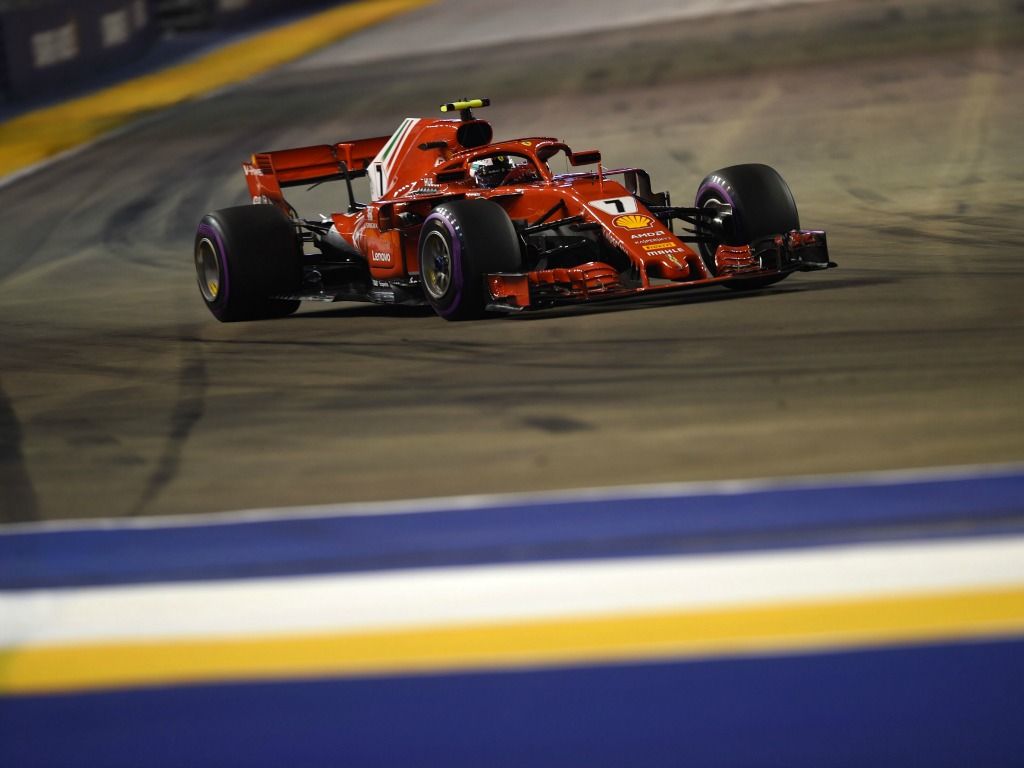 After qualifying in P5 for Sunday’s Singapore Grand Prix, Kimi Raikkonen is expecting a “hectic race” under the lights.

Like his team-mate, Sebastian Vettel, the Finn struggled in the final part of qualifying, and was over three-quarters of a second behind pole-sitter Lewis Hamilton.

“Obviously, we finished fifth so, for sure, it was more tricky that we expected but this what often happens in qualifying,” Raikkonen said after qualifying.

“Practice is always different so this is why it is pointless to look at lap times in practice really.

“Things change quickly, especially in a place like this.”

Despite being off the pace by such a margin, the 2007 World Champion said that getting the tyres in the optimal temperature was the main problem.

“It wasn’t too bad anywhere, but it was, for sure, more difficult to make the tyres work as we wanted in qualifying compared to any other point of this weekend,” the Finn continued.

When looking ahead to Sunday’s race, Raikkonen believes it will be close between the top six, and it could be quite chaotic.

“Obviously everybody seems to be quite close to each other so it will be quite a hectic race,” the Finn added.

“Obviously a lot of things usually happen here so we will try to make the right decisions and go from there.”