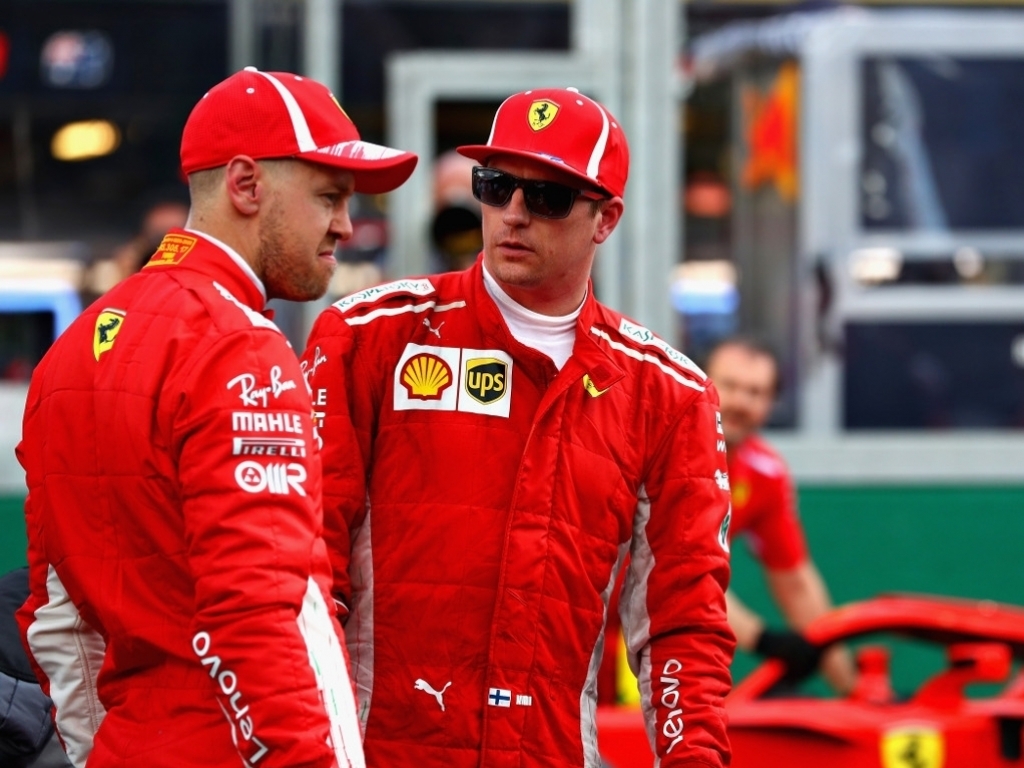 Kimi Raikkonen insists he wasn't suprised by the tactics that put Sebastian Vettel ahead in Australia despite a prickly exchange with his race engineer.

Raikkonen was running second behind Lewis Hamilton when the duo pitted in Melbourne, dropping behind Vettel who had yet to stop.

The timing of a Virtual Safety Car meant the German was able to pit and rejoin the race in the lead. Hamilton was second and Raikkonen on the final step of the podium

That resulted in a tense exchange with his race engineer Carlo Santi.

The Finn, though, has denied that he was surprised by the tactics that saw Vettel take the lead, and the win.

"Not really," he said when asked about it.

"The only thing I was surprised because we were talking on the radio that they didn’t let me know what he was doing.

"Obviously we talked before the race and there were hundreds of options what we can do and that was his best option and no threat from behind.

"He would obviously take a chance because he had nothing else to lose at that point, safe in third place so it would work out well.

"I wasn’t really surprised what they did. I was surprised that we didn’t – at one point – know exactly."