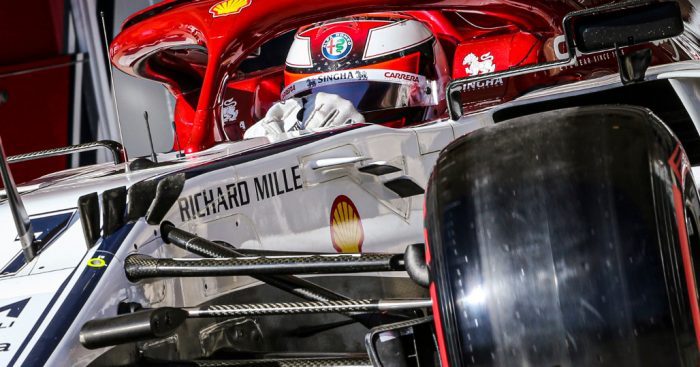 As Kimi Raikkonen’s point-less run continued in Austin, the Finn says he takes no comfort from his P11 as 11th or last makes “no difference”.

Raikkonen began the United States Grand Prix from 17th on the grid after yet another disappointing qualifying session for Alfa Romeo.

He had an epic first lap, making up several positions, and it wasn’t long before he was running inside the top ten.

But as the race played out Raikkonen, despite being on a two-stopper, struggled with his tyres.

He lost places in the final stint, bringing his Alfa Romeo home in 11th place.

“If you take many previous races for sure I was strongest for a long time, but obviously when you finish 11th you get absolutely nothing so you [might] as well be last,” he said to Autosport.

“It makes no difference, so that’s why it’s disappointing.

“Sure, there was a lot of positive, but the end result is still the same.

“I had quite an OK first lap but didn’t have the speed to stay in the position.

“I managed to pass [Kevin] Magnussen but it just feels like we’re lacking general speed a bit so we have to use the tyres more than others to hold onto them.

“And then obviously we run out of tyres a bit earlier.

“And then it multiplies during the race and it costs us a bit.

“But we’re just lacking a little [of] speed generally.

“We were at least in a fight, but it’s still a bit disappointing to finish 11th.”