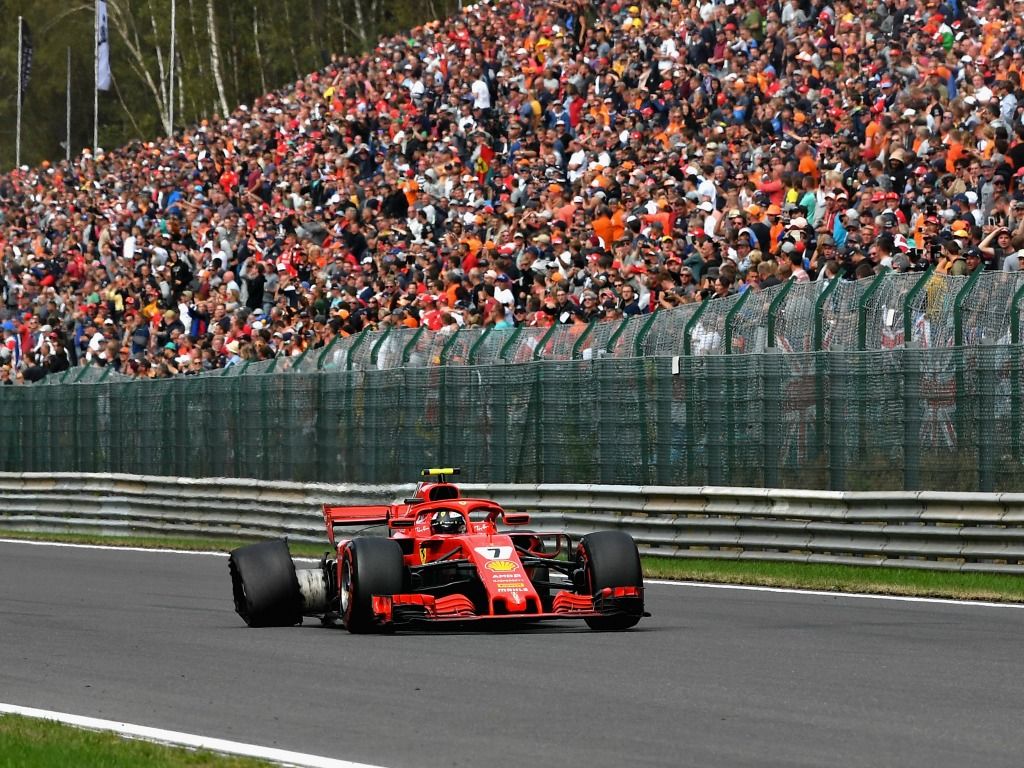 Kimi Raikkonen had to retire from the Belgian Grand Prix on Sunday due to a fault with the DRS flap on his Ferrari’s rear wing.

The Finn was caught up in the chaos at the start, and was hit from behind by Daniel Ricciardo.

In the incident, the Australian’s Red Bull broke parts of the floor, rear wing endplate, and caused a rear right puncture on Raikkonen’s SF71H.

“The DRS kept opening itself, so there was nothing we could do,” Raikkonen said after retiring.

“Somebody hit me on the rear and I had a lot of damage also on the floor and rear wing, as I needed to do the full lap with a flat tyre.

“Then it ended up being so bad that the DRS opened itself all the time, so obviously there was no point in carrying on.

“If you carry on like that you cannot get anything out of the race, just going off, and even on the straights you cannot go at full speed.”

The 2007 World Champion said that these things happen when qualifying does not go to plan, which it did not for the Finn on Saturday.

“It is what you get when you’ve got a bad qualifying,” Raikkonen continued.

Raikkonen remains in P3 in the Drivers’ Championship, but is now 85 points behind leader Lewis Hamilton.