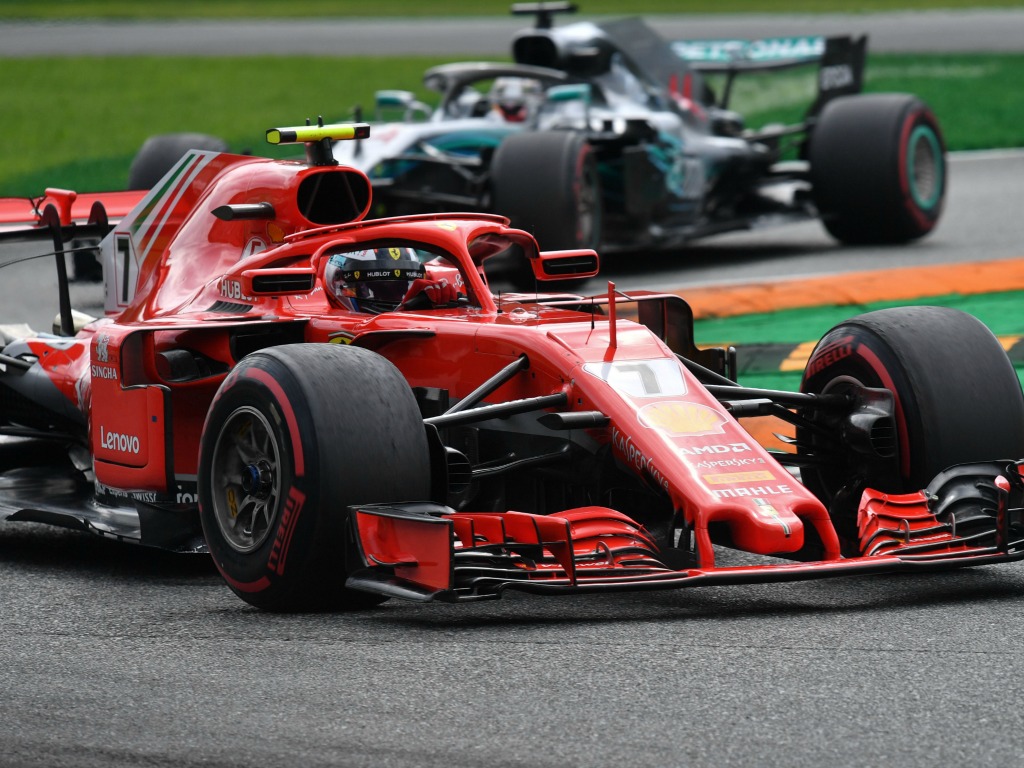 Lewis Hamilton and Sebastian Vettel came into contact with each other on the opening lap of the Italian Grand Prix, causing the Ferrari man to spin.

Hamilton went on to win the race, having overtaken Kimi Raikkonen with eight laps to go at Monza, extending his Championship lead to 30 points from Vettel.

Here is how race day unfolded at Monza…

Sebastian Vettel received a pre-race pep talk from Sir Jackie Stewart in the Monza paddock. The German was fuming after towing his team-mate to pole position on Saturday.

Amongst the other famous faces in the paddock was Manchester City and Argentina striker Sergio Aguero. 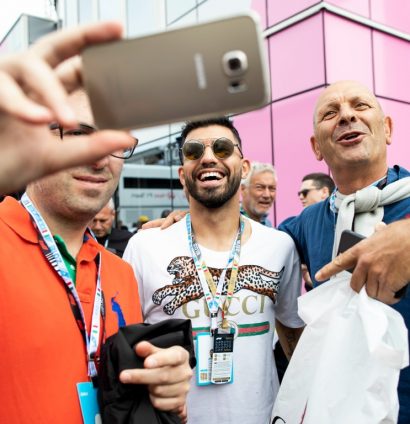 There was rain in the air at Monza, as there had been all weekend. However, the forecast believed it was going to be a dry race.

LIGHTS OUT IN ONE HOUR! ⏰

There was also a major anniversary, but not one that got much coverage over the weekend…

Join us in sending lots of ❤️❤️❤️ to the other silver @MercedesBenz in our life!#ItalianGP 🇮🇹 #F1 pic.twitter.com/dXfDhrtyB5 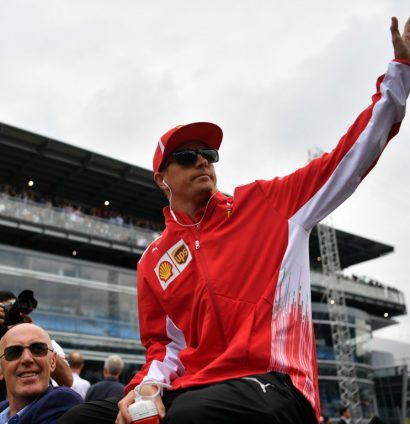 It was Kimi from the front, and Daniel from the back and the Australian was ready.

Honey badger's ready to attack from the back 💪 #ItalianGP 🇮🇹 #F1 pic.twitter.com/rCUHPDBVbi

Meanwhile after having a huge shunt on Friday, Marcus Ericsson was hoping to celebrate his birthday with a better result.

Happy birthday @Ericsson_Marcus! Here's to you our friend! Follow our Insta stories to see how we surprised him https://t.co/7oDgo4Ibn1.#ItalianGP #alfaromeosauberf1team @F1 pic.twitter.com/LSxU6rng5m

At the start, Kimi Raikkonen kept the lead, while the two title rivals collided at the second chicane. Vettel span round and ended up at the back.

Vettel and Hamilton collide at the second chicane

Vettel is down to P18, Hamilton up to P2#ItalianGP 🇮🇹 #F1 pic.twitter.com/HdukEB1Pcp

Brendon Hartley retired on the first lap after contact with both Stoffel Vandoorne and Marcus Ericsson on the run down to Turn 1. 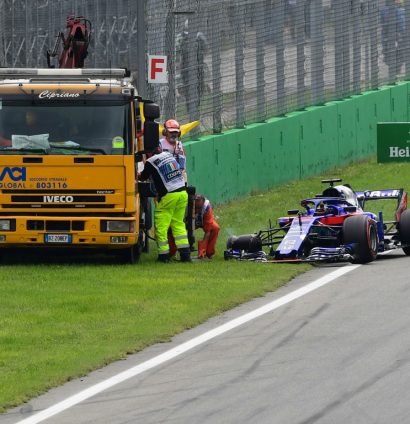 Fernando Alonso then became the second retirement, for another engine issue. His farewell tour is going well. Two races, two retirements, not even 11 laps completed.

Unfortunately, Fernando is forced to retire his car from the #ItalianGP. He returns to the garage where the team will investigate the issue. pic.twitter.com/YIFiPqfmgN

Daniel Ricciardo was using the new Renault C-spec engine. But he was not using it for long…

Race over for the Aussie… #ItalianGP 🇮🇹 #F1 pic.twitter.com/20YLNqu0Lc

While one Toro Rosso had retired early on, the other was flying (literally). 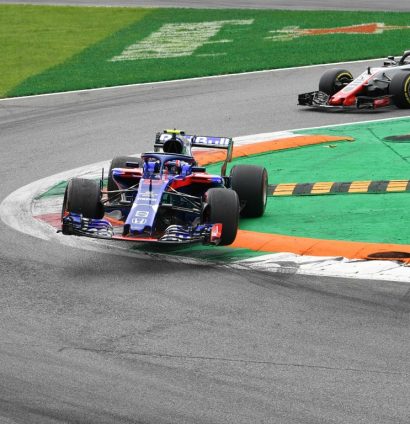 Max Verstappen was given a five-second penalty for this incident, which unsurprisingly, he was not very happy about…

Meanwhile, Lewis Hamilton made the move past Kimi Raikkonen to take the lead, and leave the crowd deflated.

LAP 45/53: Hamilton makes his move on Raikkonen, and takes the lead

It would be the Brit that went on to take victory by nearly ten seconds from Kimi Raikkonen, with Valtteri Bottas finishing on the podium.

Max Verstappen finished P3 on track, but was relegated to P5 after that incident with Bottas, as Vettel and the Finn finished within five seconds of the Dutchman.