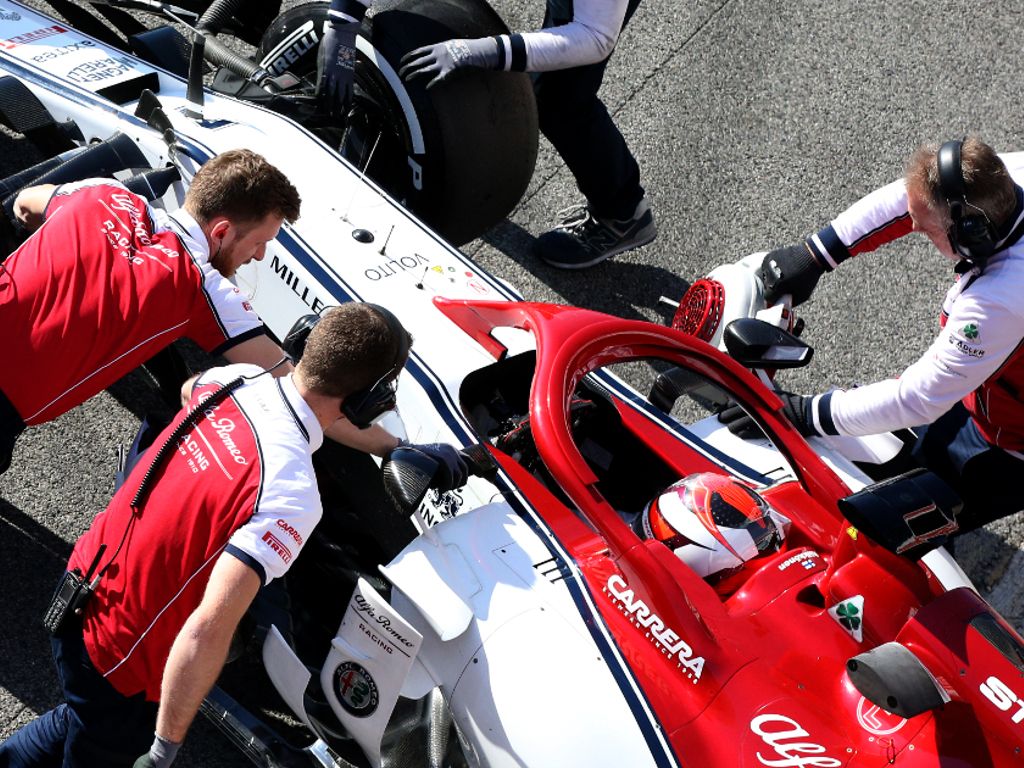 Working on set up changes in Barcelona, Kimi Raikkonen says it is “so far it’s OK” but refused to predict where Alfa Romeo are in the pecking order.

The Finn put in the laps on Day Six of the pre-season test.

He was one of six drivers to amass more than a century of laps, clocking a best time of 1:18.209 late in the day.

His time meant Raikkonen, who joined Alfa Romeo from Ferrari in the off season, was fourth fastest on the day.

“When we got the car, it’s been working well and been really nicely balanced,” he told Autosport.

“Last week we didn’t really do a lot of set-up work but we tried a lot of things today, just to see what happens when we change parts.

“So far it’s OK. I don’t know where we are. It’s guessing from our side, we only know what we do.”

Raikkonen has one more day in the car as Antonio Giovinazzi is scheduled to drive on Thursday before the Finn returns to action on Friday.

“There’s always a lot of things and we always run out of time every year, but that’s the same as everybody.

“We’ll try to put things where we think it’s best now, do our programme, and see what we get in Australia.

“Every circuit is different, especially Australia, it’s a street circuit.

“So we need to have an idea if the set-up is not where we want, what are we going to do.

“That was really what today was for, to try to figure [that] out.”