Home News Raikkonen: We could not have got more 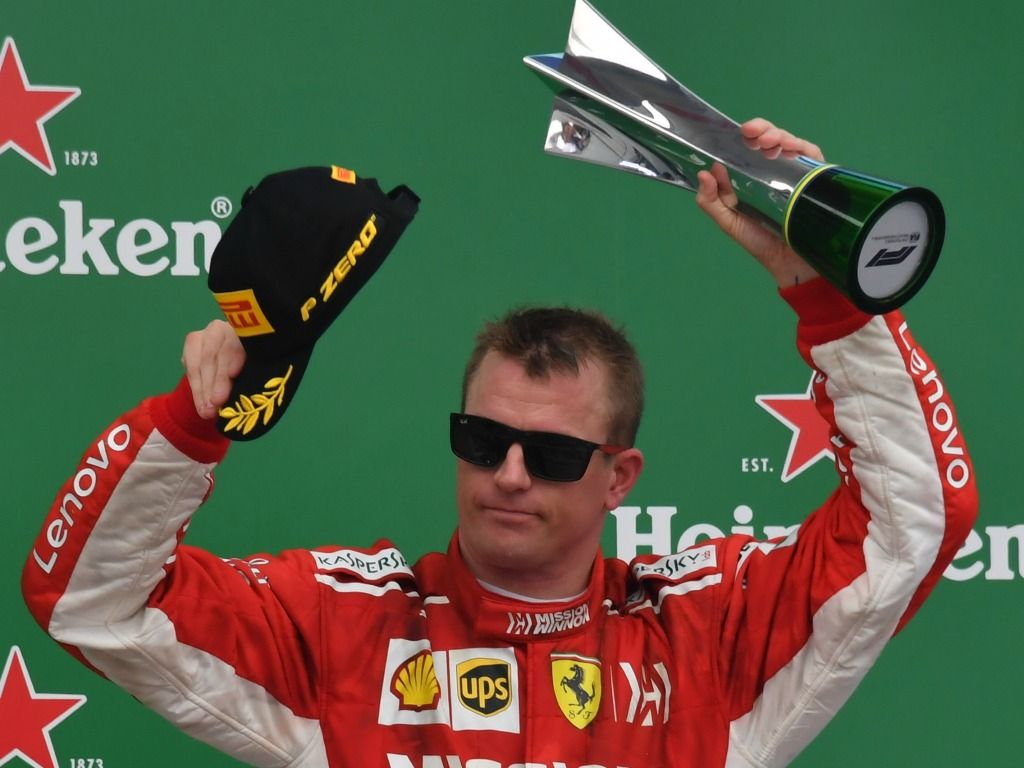 Kimi Raikkonen does not believe that there was much more available for himself and Ferrari on race day in Brazil.

The Finn started on the second row in Interlagos, and made one position up to finish in the podium places come the end of the grand prix.

Ferrari made a strategic call in Q2 on Saturday to put the softs on both cars to start the race, but it did not work too well.

Despite that, Raikkonen had an “exciting race” and said that the car was performing well throughout.

“We had good battles and the car was working well during the whole race,” Raikkonen said.

“The speed was there and we had no particular issues.

“The first set of tyres was very good at the start and I was really happy, but then I destroyed them a little bit trying to pass the Mercedes.

“Once we changed the tyres the car was absolutely fine; we kind of knew that once we pitted we could have gone past them.

“After that the behaviour of the car was still very good, but at that point we were a bit too late, as it had taken too long for us to get there”

The strategy call may not have been the best, but the 2007 World Champion believes it was the best idea at the time.

The Flying Finn also said that he does not believe he could have got any further up the field in the latter stages of the race.

“As for the strategy, we did what we thought was the best for us,” he added.

“We can always debate many things, but today we made the best of it.

“Obviously it is not the greatest of results, but I don’t think we could have got more; we did not make any mistakes and fought hard.

“As for the Constructors’ Championship we knew that it would have been difficult; we did our best, but unfortunately it was not enough.”