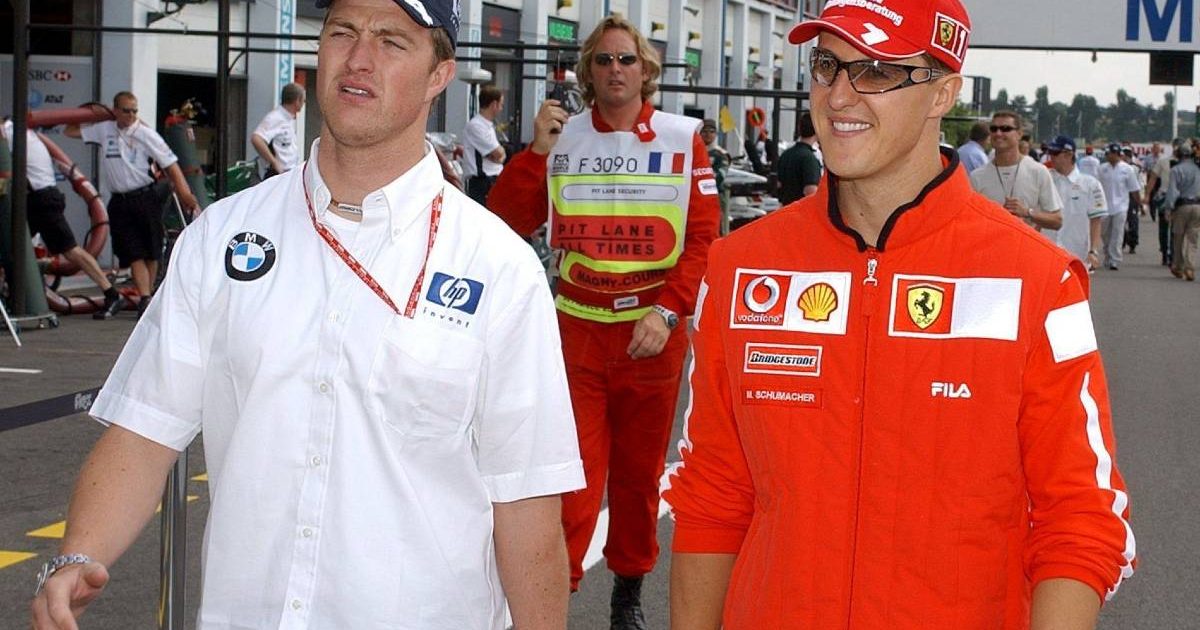 Ralf Schumacher has praised the Netflix documentary about his brother, Michael, which was recently released.

‘Schumacher’ was made with the full support of the seven-time former World Champion’s family and includes private recordings provided by his wife, Corinna, and son and daughter, Mick and Gina-Marie.

They were all interviewed for the documentary, along with the 52-year-old’s father, Rolf, and younger brother, Ralf.

A six-time F1 race winner himself for Williams, Ralf only saw the documentary in its entirety after it was released on September 15.

Interviewed on the AvD Motor & Sport magazine programme on Sport1 in his native Germany, Ralf said: “There were a lot of years when I wasn’t involved. Of course there would have been a lot more, it was a very long time.

“But I think it’s done very, very nicely, at least in terms of motorsport and sport.

“Also a lot of private insights, also from the family, especially the children and their mother. I thought that was really great, very open.”

Schumacher, 46, confirmed his contribution had been “a bit ago – it was all a bit delayed”, with the makers of the documentary having said the pandemic meant production could only be completed many months later than originally planned.

He reflected on the media attention the Schumacher brothers had experienced at the peak of their careers in the early 2000s, and similarly their compatriot Sebastian Vettel a decade later.

“The outside profile, which even Sebastian has, is not bad either,” said Schumacher. “But we were as well-known as Helmut Kohl [former Chancellor of Germany] back then. You couldn’t go anywhere. The tabloid press was huge.

“It was the same for me. I thought to myself ‘I’ll be so happy when it’s over at some point’.”

On his relationship with Michael, he added: “It was always good. But we have a difference of six-and-a-half years. Michael was out of the house early. At 16, he was gone when he started an apprenticeship. I was only 10 at the time.”

Then when Ralf took up karting, “he worked with me right at the beginning – that was very helpful.

“We practised overtaking. Then in Formula 1 it was a bit different, but very nice there too.

“We had a good childhood, we spent a lot of time together. We looked forward to the winter when the kart track was closed and we had more time for ourselves. That was great.

“We had a great time together, especially at such a level and in the most beautiful places in the world. Those were good times.”