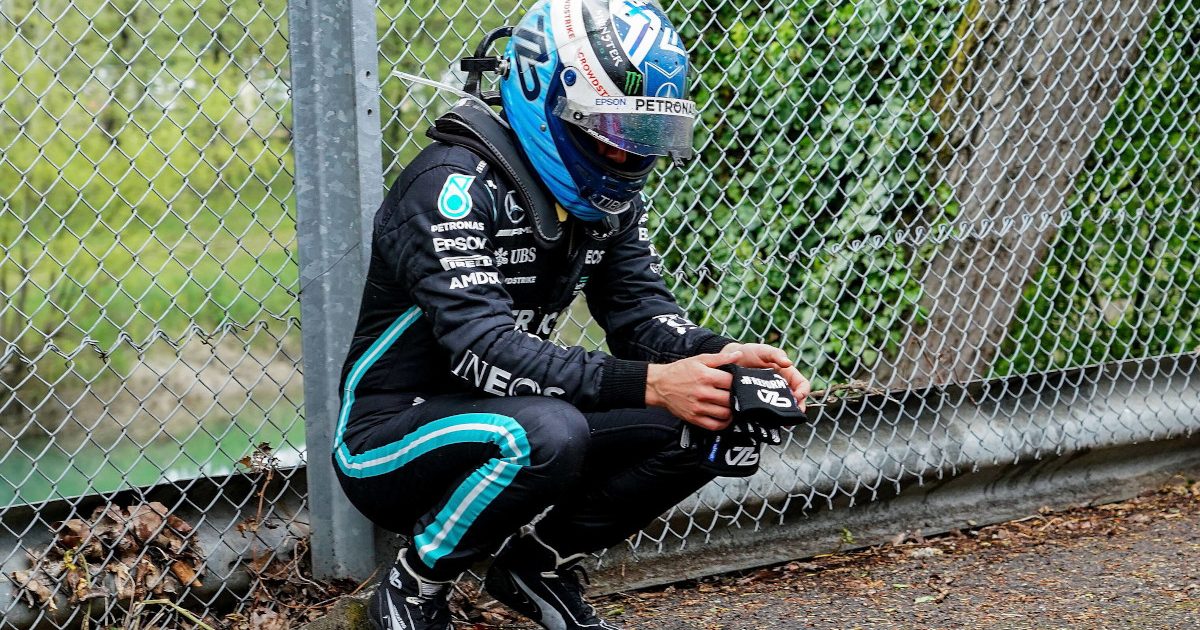 Ralf Schumacher has warned Valtteri Bottas that he needs to up his pace or risk losing his Mercedes race seat.

Bottas was one half of one of the biggest headlines from Sunday’s Emilia Romagna Grand Prix, involved in a high-speed crash with George Russell.

Russell attempted to pass Bottas down the main straight as they battled over ninth place, got it wrong and took out both cars.

But while the Brit has since apologised for his antics on Sunday, Schumacher reckons the bigger problem lies with Bottas and his failure to get to front of the field.

“Bottas has to ask himself why he has to defend himself against a Williams,” Schumacher wrote in his column for Sky Germany.

“At over 300 km/h Bottas certainly doesn’t want to play games, but he certainly didn’t want to let Russell just pass by either. And I didn’t like his attitude in the interviews that followed.

“In general, he has to ask himself why he had to defend himself against a Williams while lying deep in midfield.

“He’s been on a similar level to Hamilton so many times, but he’s a long way off at the moment.

“At Mercedes, they try to explain it with a lack of grip on Botta’s rear axle – for me, the entire Valtteri Bottas package currently lacks grip.

“There has to be more to come, otherwise he will quickly be sidelined.”

As for the crash, the former F1 driver says “neither of them is blameless”.

The stewards ruled that it was a racing incident but both Bottas and Russell pointed the finger at one another, at least they did until Russell said sorry on Monday.

Schumacher, though, says they both played a role in what happened.

He continued: “The question of guilt has and will certainly be discussed a lot. Neither of them is blameless.

“That is how the FIA ​​race stewards, who did not issue a penalty, saw it. Of course it was very ambitious for George to overtake a Mercedes in his Williams at this point.

“Big risk, but Valtteri just had to expect someone to come. Russell was behind him – he knew that – even with the DRS open – he can’t twitch over like that, because then the track is simply too narrow for two cars.

“Bottas was startled, withdrew again, by then it was already too late. Russell had reacted to his twitching, had swerved to the right, came onto the wet grass, turned to the left and cleared Bottas with him.”

The only good news to come from the crash was that neither driver was injured.

“The whole thing happened at high speed, the two cars were completely destroyed – but the drivers were unharmed,” Schumacher added.

“Somehow we’ve all got used to the safe Formula 1 – and yet you have to be grateful every time when two drivers, shocked after such a crash, climb out of their wrecks safely and independently.