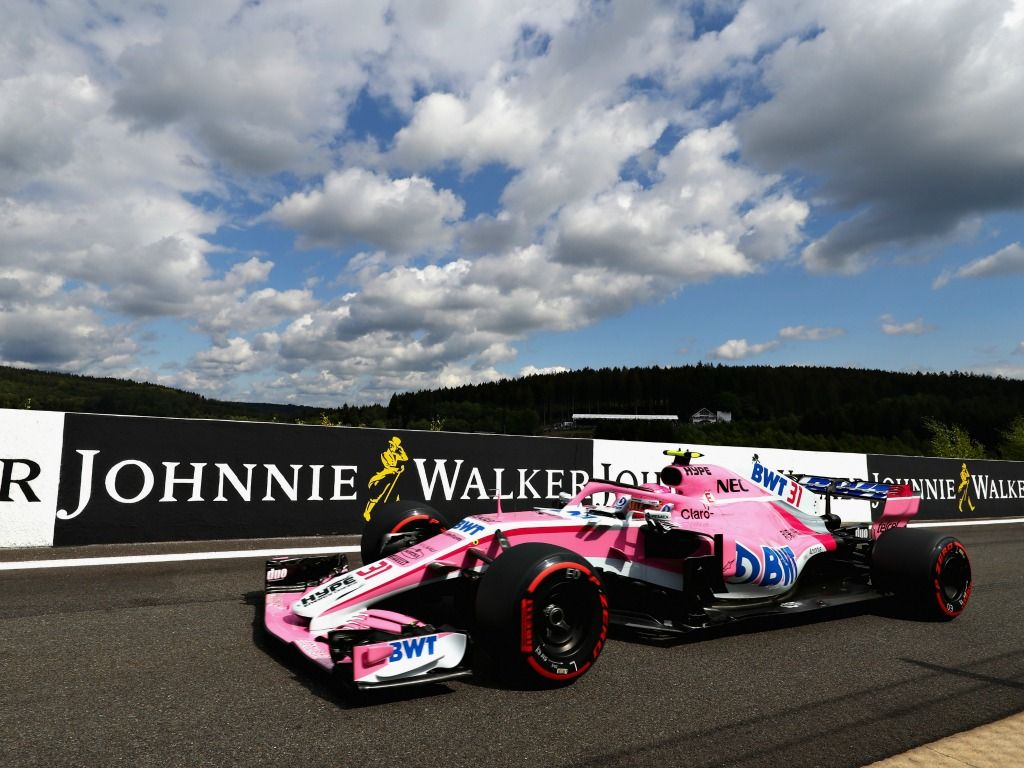 Just days after being rescued from administration, the Racing Point Force India team secured their best ever team qualifying.

Esteban Ocon and Sergio Perez will start from P3 and P4 for the Belgian Grand Prix at Spa-Francorchamps on Sunday afternoon.

The pair made the most of the changeable conditions, having originally been the only two drivers to stay out on the dry tyres when the rain started early on in Q3.

Sergio Perez will start the race from P4, but admits that he was lucky to still be in the session, after almost ploughing into the barriers at the top of the Eau Rouge-Raidillion section.

“In a way I am quite lucky, you know that I am here. The moment in Eau Rouge, not knowing what the track is like,” Perez admitted.

“You are just trying to feel the grip and all of a sudden you lose the car.

“And at Eau Rouge when you lose the car, you normally crash and I didn’t so I am pleased to be here and it is a great result.

“It doesn’t look that bad on TV but it felt a lot worse in the car.”

The Mexican said that it was a group decision to go for one run on the slick tyres at the start of Q3, despite the incoming rain.

“It was very chaotic. We went for slicks, trying to get a lap in when the track was not so bad,” he continued.

“The last sector was quite bad but I felt if we had the same first and second sector as on my warm up lap then I could get away with it but then it just got worse and it was a disaster that lap.

On the other side of the garage, Esteban Ocon secured his best every qualifying result, and will start the Belgian Grand Prix from P3 on Sunday.

The Frenchman said that starting from the second row was not what the team expected, especially after the off-track issues the team has had over the summer break.

“Yeah it is fantastic. Thanks to everyone for the support. Yeah, it is awesome to be in P3 after such a difficult time,” Ocon said after qualifying.

“Now it is totally over, we are starting fresh and definitely happy with that result.”

This will be the perfect opportunity for the new entity, Racing Point Force India, to score their first points, having lost their points for the first half of the season.

“Third wasn’t expected today but the guys did a fantastic job and we changed the tyre really quickly and managed to go out so that was fantastic,” the Frenchman continued.

“I put a clean lap in and managed to get P3 so let’s bring it home tomorrow.”

Despite Ocon’s best qualifying ever, he might not even be racing in Italy, as Lance Stroll is reportedly expected to have a seat fitted for the Force India team before the race at Monza.