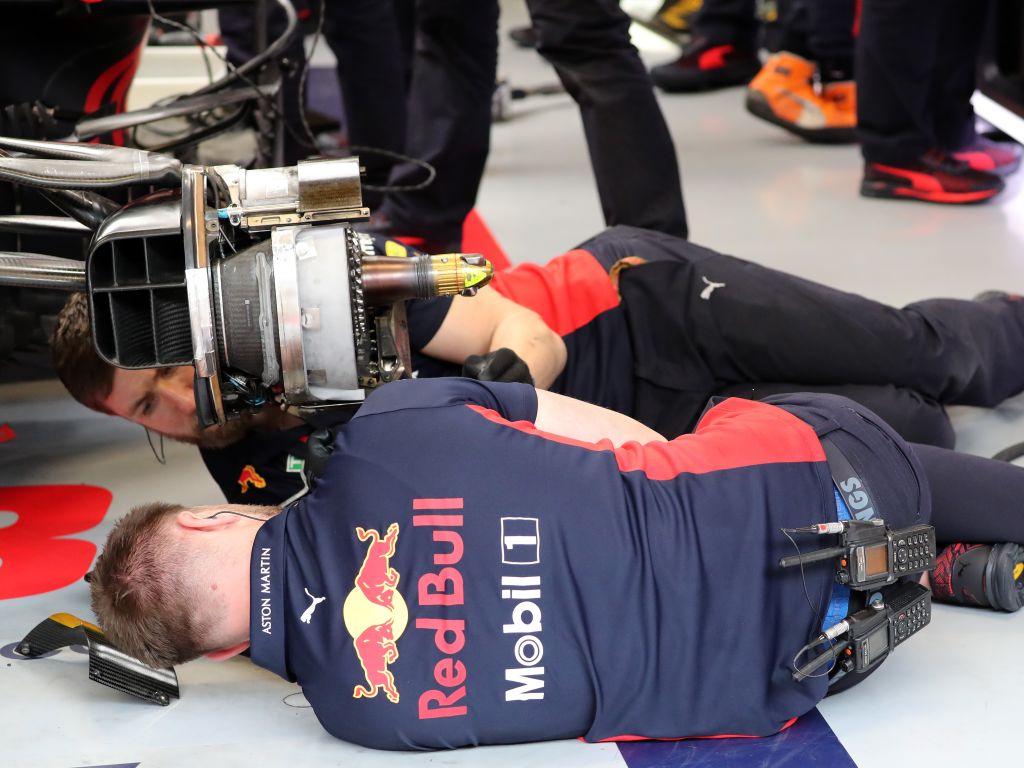 Not only were Red Bull shaking off the cobwebs during their Silverstone test, but they were also trying out some new parts.

Max Verstappen was absent from the test due to the UK’s laws on self-isolation for foreign travelers, so it was over to team-mate Alex Albon to get behind the wheel.

But while other teams, such as Mercedes and Ferrari have been testing their 2018 cars to avoid the 100km limit which comes with testing the 2020 challenger, Red Bull decided to declare it as a filming day and put Albon in the RB16.

As reported by Motorsport.com, the team felt it was more beneficial to test out their new safety protocols ahead of the campaign, but they were also trying out some new parts.

They report that the first of these upgrades, and the most “obvious”, is the “new rapid prototyped hedgehog-style fins mounted on top of the fully enclosed holes that run parallel to the floor’s edge.”

Doing this it’s said can create an advantage for Red Bull due to how the airflow is now directed at the rear tyres.

The report adds that Red Bull have “also been working on the shape, number and position of the fins mounted towards the front of the bargeboards’ footplate, which will ultimately change the behaviour of the airflow passing by”.

In addition “a cluster of legality slots have been added to the leading edge of the upper sidepod wing, and the mid-wing that houses the side impact spar”.

Motorsport.com reported that Red Bull were also analysing the “flex and rotation of the front wing” during the test.

All eyes are now on the season-opener in Austria next weekend at Red Bull’s track, the Red Bull Ring, to see the full extent of their upgrades.

Mercedes and Renault have already confirmed that they will be bringing several new parts with them, whilst Ferrari said their changes are “minor“.