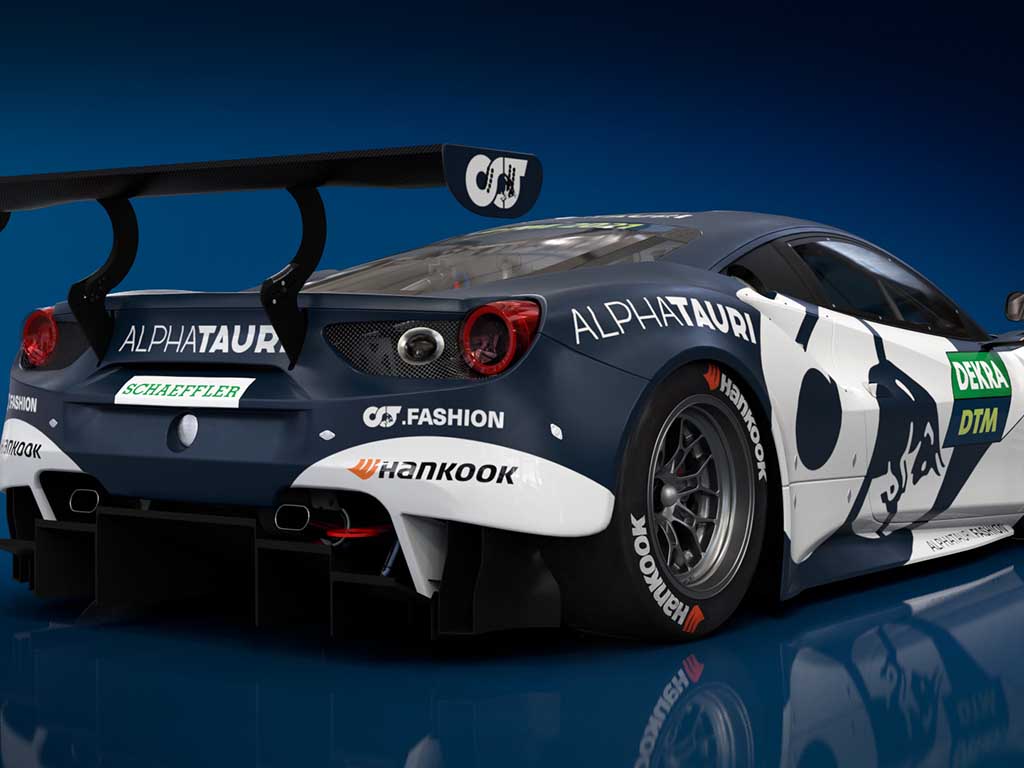 Alex Albon has said he’s “looking forward to a new racing challenge” after Red Bull confirmed their car livery for their return to DTM in 2021.

Albon finished the 2020 Formula 1 season sat seventh in the Drivers’ Championship and was demoted to Test and Reserve driver in December 2020 following the announcement that Sergio Perez would take his seat at Red Bull.

He will go ahead with that role as expected, but he will now have another challenge to keep him occupied on the side.

It was revealed last month that Red Bull would return to DTM after two seasons away from the line-up, but they have now confirmed they will support AF Corse, as suggested, in running two Ferrari 488 GT3 Evo 2020 cars.

With Formula 2’s Liam Lawson due to complete a full season while Albon and Nick Cassidy share the other drive, it is unclear how many races the Thai driver will complete, but he is nonetheless looking forward to it.

The Red Bull official website quotes Albon as saying: “DTM is a great series with highly talented drivers in the field and exciting racing.

“I’ve only driven a ‘tin top’ once back in 2015 when I was nominated for the Autosport BRDC Young Driver award, and they’re really different to single seaters. There’s a lot less downforce and the tires are very different, so it requires a different kind of driving style.

“It will take a bit of time to get used to, but I’m looking forward to a new racing challenge when I’m available outside of my existing F1 commitments.”

Ferrari’s turbo engine 488 GT3 which Albon will navigate has earned 355 victories in its racing history since its debut back in 2016.

Meanwhile, AF Corse, an Italian auto racing team founded in 1995, have earned multiple titles in the World Endurance Championship and are also well known for their success in the 24 Hours of Le Mans.

The GT3 which Albon will drive has had its livery revealed, with the blue and white colours of AlphaTauri helping to promote the brand also seen in Formula 1.

The DTM campaign is set to feature eight race weekends across Europe, with both AF Corse and Red Bull getting to return to home soil, with visits to Monza and Austria respectively on the 2021 calendar.

DTM boss Gerhard Berger said: “The unprecedented collaboration of the three high-class drivers is particularly promising: Formula One driver and podium finisher Alex Albon, GT professional and multiple race-winner Nick Cassidy and young talent Liam Lawson in one team – it is the perfect mix, which will keep the excitement level high in the upcoming DTM season.”