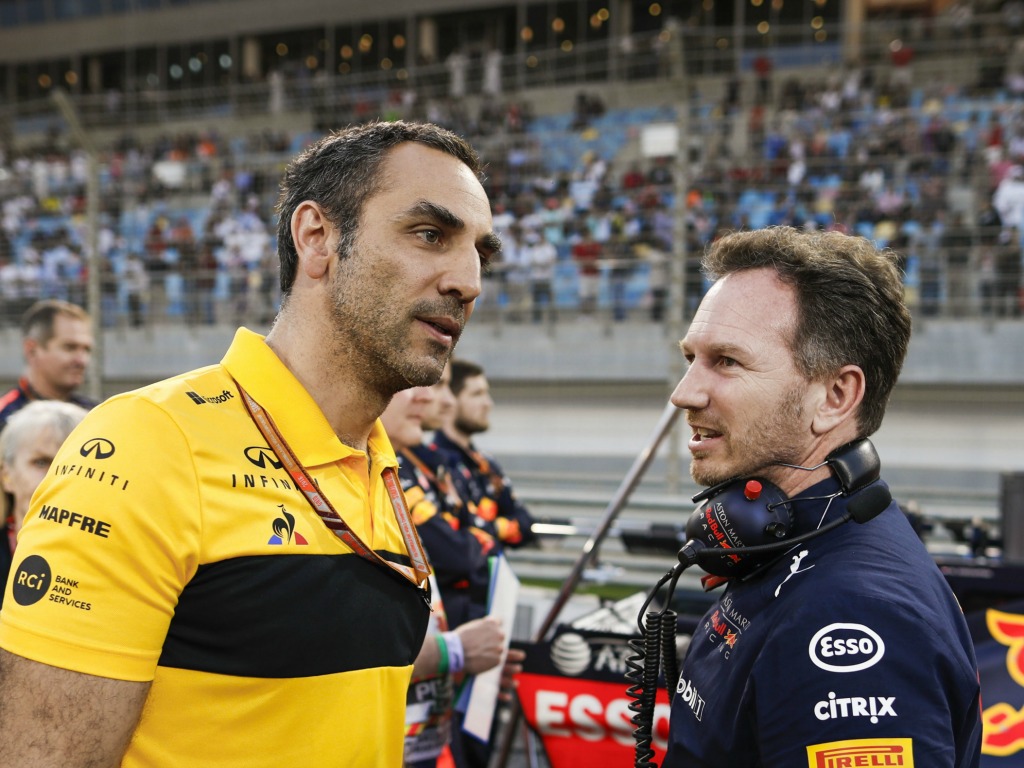 Red Bull and Renault may have separated at the end of the 2018 season, but they are still acting like an old married couple with their ongoing bickering.

Christian Horner and Cyril Abiteboul were part of the FIA Team Principals’ press conference in Baku and were asked to comment on recent remarks made by Adrian Newey, who said that public criticism of Renault was a ploy to try and get them to either invest more money into their engines or make them quit the sport altogether.

It led to this following exchange…reminding us of the good/bad (delete as appropriate) days.

Christian Horner: Well, I read with interest Adrian’s comments about that and I think what he is referring to is actually back in 2015, where we’d had several conversations, we’d been to Paris, we’d seen Carlos Ghosn, we’d presented what our concerns were and I think by 2015, when the engine was arguably worse than it was in 2014, then frustration boiled over to the point that it was like ‘OK, if we are more open about what our frustrations are, maybe it will force a reaction’. It didn’t! I don’t think you were even involved at that stage were you Cyril?

Cyril Abiteboul: I was just on my way back. I don’t know if that was a good thing or bad thing!

Christian Horner: So Cyril came back into the full brunt of it. You were a customer the year before! So yeah, it was one of things that you try every mechanism that you can to try to generate competiveness and at that time it was felt that maybe Renault couldn’t possibly afford the embarrassment of these engines not being competitive and not being reliable and not delivering, but yeah, unfortunately it didn’t work.

It’s not the first team and it’s not the last team to use all the weaponry of this world, and frankly you guys, to influence what is going on. I was reading yesterday that Max is happy to take an engine penalty – amazing!

You know, that’s part of this world, but I don’t want to lose sight of the fact, and I would concur with Christian in relation to that, our engine was not at the required level in 2014 and 2015. There are mitigating circumstances.

But then, later on, indeed we lost a little bit the momentum and sight of what needed to be done for 2014 regulations. The rest is history and we;’ll see what the future is holding.