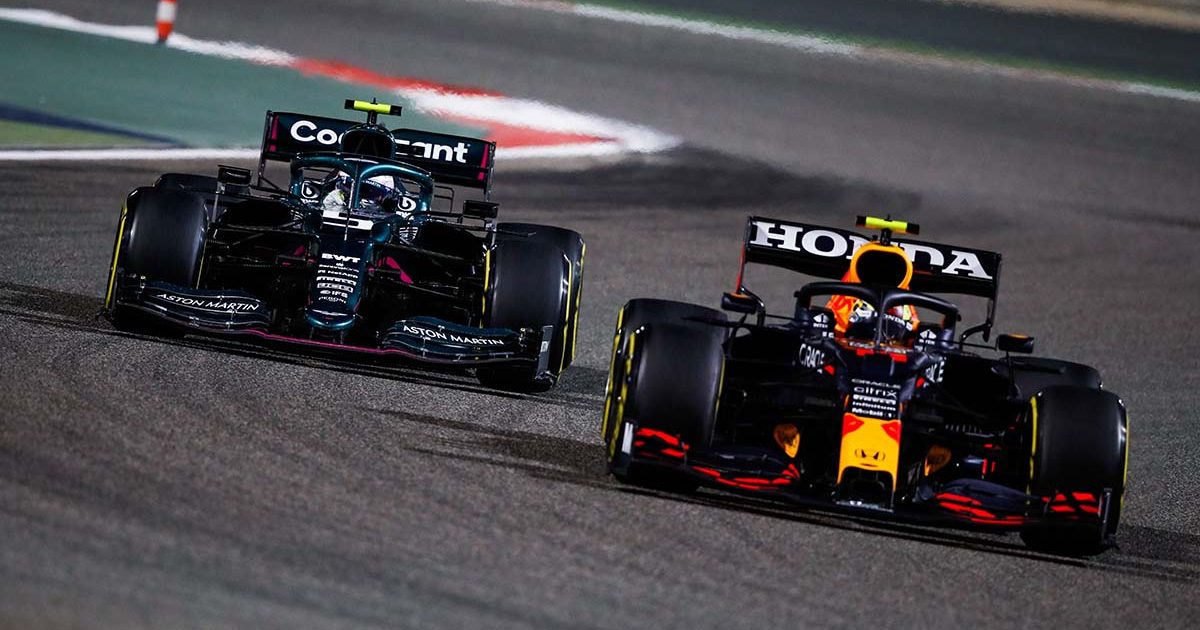 Christian Horner has offered his thoughts as Aston Martin seek talks with the FIA over the aero regulation changes for the 2021 season.

For the second consecutive year, Aston Martin (formerly known as Racing Point) are at the centre of another paddock storm.

But, while 2020 was all about other teams not happy with Racing Point’s ‘copycat’ approach to the RP20, Otmar Szafnauer has made it very clear that Aston Martin are the ones not happy with the regulations this time.

His comments suggested that the FIA may have received some outside influence in introducing new aerodynamic regulations for the 2021 campaign, regulations that appear to have hindered those teams that have a low-rake concept car compared to a high rake.

The only two teams running low-rake cars are Mercedes and Aston Martin, and Szafnauer will push the FIA to make mid-season changes to those regulations in what he believes is in the interest of fairness.

Both Franz Tost and Mattia Binotto, team bosses of AlphaTauri and Ferrari respectively, have already dismissed Sznafauer’s complaint and so too has Red Bull boss Christian Horner.

He called those complaints “naive” ones to make and politely reminded Aston Martin that they initially voted for the new aero regulations to come into effect.

Aston Martin want talks with the FIA and will push for a mid-season change to what they deem to be unfair aero regulations for the 2021 season.https://t.co/bUnGiKIy7w #F1 pic.twitter.com/dWHw6GRrkJ

“We had a sample of one, that Mercedes won that race with what we classify a low-rake car,” Horner said on Sky Sports F1.

“They had absolutely equal, if not maybe better, tyre degradation than we had in Bahrain. They’ve looked mighty impressive here and we’ve only run at one circuit so far.

“But ignoring all of that, there is a process for regulations to be introduced and they were voted through unanimously through the different regulations.

“Aston Martin or Racing Point would have had to vote for before being passed through the Formula 1 Commission and the World Council. They were all voted through unanimously.

“When there was a front wing change a few years ago it really hurt us. We voted against it, but you just have to accept it.

“It seems a little naive to think that suddenly the rules are going to get changed after the sample of a single race after the process has been fully followed. I’m struggling to get my head around that.”

Mercedes boss Toto Wolff was also pushed for comment seeing as Aston Martin are a customer team and they too run a low-rake car.

But he was very reluctant to weigh in on the matter.

“You need to have the full picture before making any comment. So at this stage I don’t think it would be right to point the finger at someone.

“I’d rather not talk about it for the time being.”

Wolff did say, though, that the question raised by Aston Martin does need to be addressed.

He added: “Since [last] April there was a bunch of decisions, regulatory changes, tyres were introduced and obviously lots of discussion. I think the nuances of that has come to a point where we can ask: was there any decision made against a particular concept of car or wasn’t there?

“And I think that needs to be looked at.”