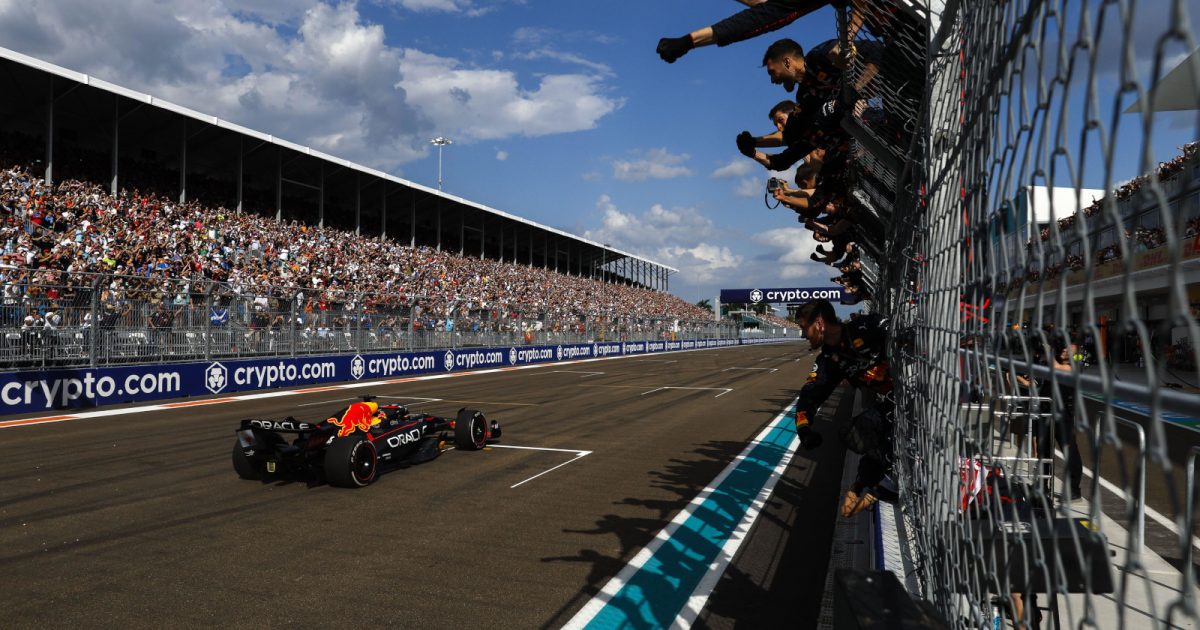 With Mattia Binotto hoping the budget cap “snaps” at Red Bull, Christian Horner admits they have to be “careful” balancing upgrades against the cap.

This year, the budget cap is down to $140million with Red Bull having spent more of their budget than Ferrari as the Milton Keynes team have already introduced upgrades to their RB18.

“They have developed the car since the start of the season, which we didn’t really,” Ferrari team boss Binotto said after Max Verstappen’s Miami Grand Prix win.

“They have spent money as well, so I hope at some stage with the budget cap they will stop developing while we have some upgrades available.”

He added he “hopes with the budget cap they snap at some stage”.

Horner is determined to avoid that happening.

“You have to be very careful about where you put the upgrades in,” the Red Bull team boss told Motorsport.com. “That’s because of the budget cap.

“So we have to be sure the things we take with us are really worth the money.”

Asked to clarify what that meant in terms of the team’s development plans, the team boss explained: “The budget cap makes it very difficult to continuously introduce upgrades. That means you have to choose strategically where you can and do upgrades. Inflation only makes that more true.”

So far, Red Bull’s development plan has paid off, the team having won both races since they introduced new parts at Imola.

Verstappen scored maximum points at the Emilia Romagna sprint race weekend and again in Miami, closing the gap to Charles Leclerc to 19 points in the Drivers’ standings.

Not only have Red Bull edged ahead of Ferrari in terms of straight-line speed, but the RB18 also seems to have better pace through slow corners as demonstrated in Miami.

But while Horner is happy with the results, he concedes Red Bull and Ferrari are still “very close together.

“Barcelona will be a completely different challenge. There, you have quite a few fast corners and they suit Ferrari well. It’s really still neck and neck. The circuit in Miami was a good fit [for us].”

Red Bull trail Ferrari by six points in the Constructors’ Championship with Horner predicting this year’s title race could go down to the wire in Abu Dhabi.