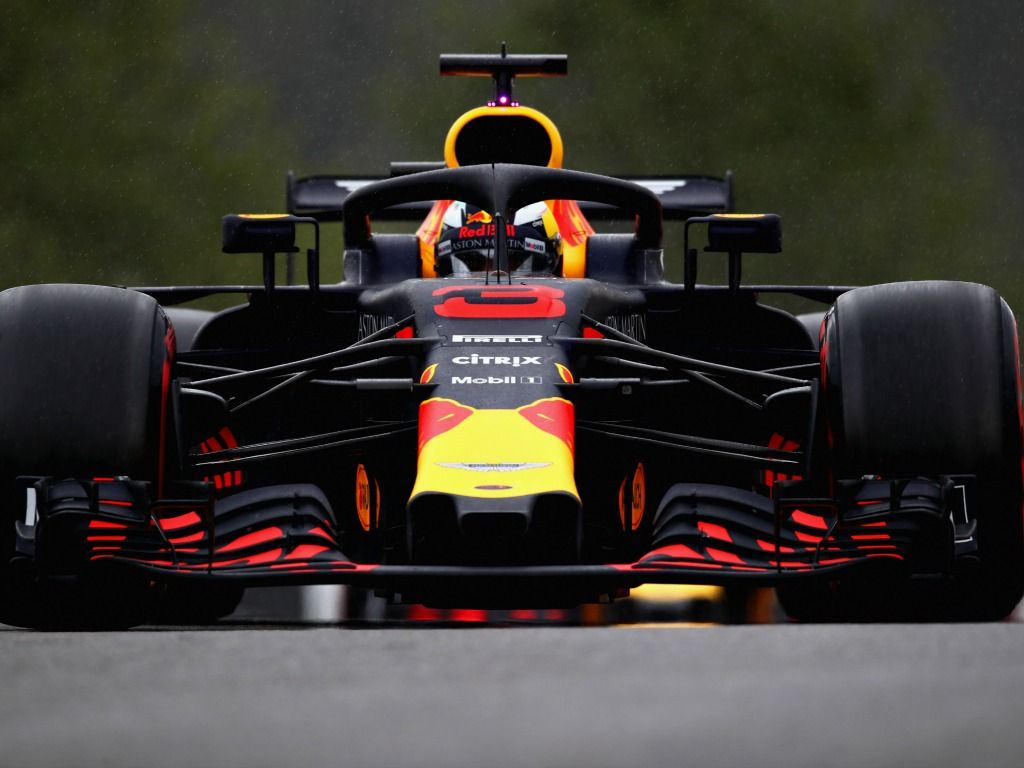 Red Bull rued a missed opportunity in Spa as they only managed to lock down the fourth row in wet conditions for the Belgian Grand Prix.

Heavier rain arrived during Q3 where the plan to head out on slick tyres was quickly aborted on an increasingly simply track.

The unpredictable and chaotic nature of the final qualifying session left both Red Bull cars underfuelled and unable to challenge for pole position – a more realistic target for the team in the rain.

“In those conditions it can go either way for you,” Horner told Sky Sports F1.

“We got a couple of laps of fuel in at the beginning and then it obviously started to rain for everybody on the slicks.

“We aborted, went onto the inters, got straight out as there were reports more rain was on the way and both drivers got a pretty decent first lap in – third and fourth.”

“But then the track started to improve and then there was no time to pit, get fuel in the car and put fresh tyres on.

“Ironically, Force India’s misfortune at the beginning of the session where they got out and stayed on the slicks in wet conditions, it bought them the time to then pit for inters and it has worked out well for them.”

I was happy with the car, also in the rain. But unfortunately we were unlucky with the weather conditions and ran out of fuel. We will have some work to do from P7, but we will try our best in the race #KeepPushing #BelgianGP 🇧🇪 pic.twitter.com/wqs0eK5xLL

Max Verstappen had staked an early claim for pole position on his first intermediate lap, but soon fell all the way down to P7.

He said: “It is not ideal, at the time we thought we had the right strategy but in the last three laps it stopped raining.

“If you run out of fuel then it stops. We set up the car for dry because it will be dry tomorrow.

“It will be OK, not as fast as Mercedes and Ferrari but we will be behind them. We will try to do the best race and see what happens.”

Daniel Ricciardo finished a tenth behind Verstappen in P8 and labelled his session as a “weird” one.

“It was all to do with the timing,” Ricciardo said.

“It got drier at the end, we had done our laps at the beginning thinking it (the weather) was going to get worse so we were just unlucky I guess.

“It has just been a bit weird, the car didn’t feel it was doing much fundamentally wrong. It was a bit of a handful.

“We are trying to find a sweet spot but it has not happened yet. Now it is warm, it was freezing 15 mins ago. We were just a bit unlucky, tomorrow is another day.”