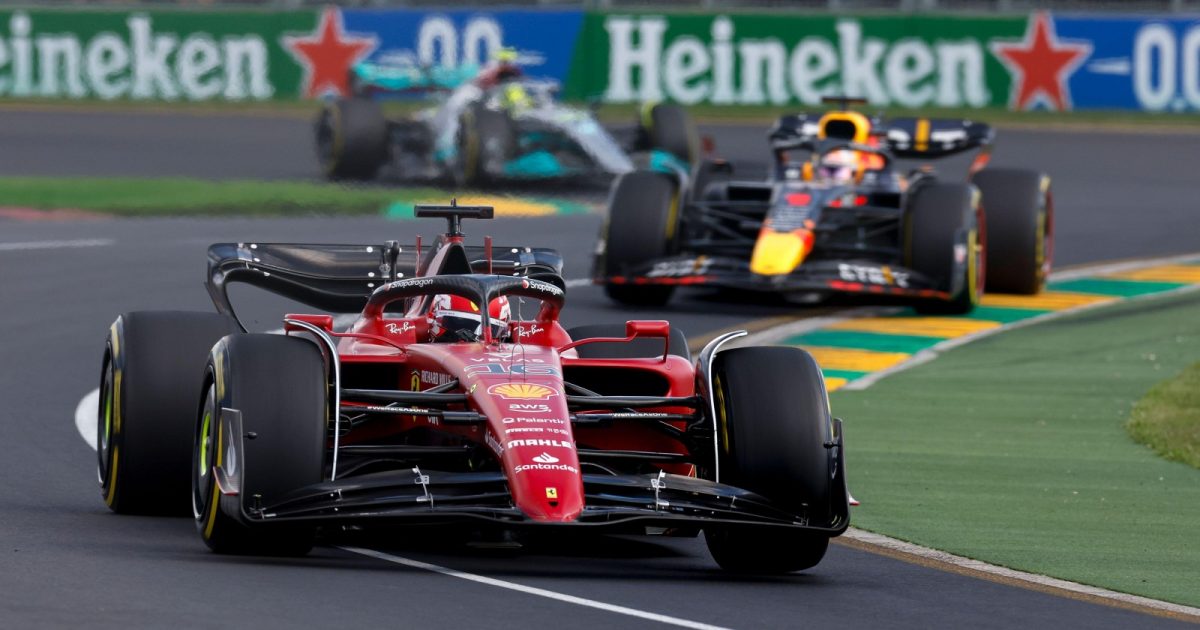 Red Bull boss Christian Horner says the team are playing catch-up to Ferrari, but from the best position to do so.

Ferrari have already established comfortable leads in the Drivers’ and Constructors’ standings, mainly due to two retirements in the first three races of 2022 for Max Verstappen while running P2.

The latest of those retirements in Australia came when Verstappen was set to finish a comfortable P2, while Leclerc delivered a grand slam by taking pole position, fastest lap and leading every lap to win.

With Leclerc atop the Drivers’ standings and 46 points clear of Verstappen, while Red Bull trail Ferrari by 49 points in the Constructors’, Horner knows there is work to do.

That said, Red Bull proved to be a very worthy challenger to Ferrari in Bahrain and Saudi Arabia, Verstappen taking victory at the latter, so Horner believes his team are in the best place of any on the grid to return to challenging Ferrari.

“I think they started this project a lot earlier than we did,” said Horner of Ferrari, quoted by MotorsportWeek.com.

Of course, with Formula 1 being only three races into a new regulatory era, it is crucial for teams to get their development programme for the season spot-on or risk fading away.

And from these opening races, Horner says Red Bull have found a “very good direction” for their development.

“We are starting to understand some of the issues we have,” he said.

“I think it’s all part of the development and evolution of these cars. As we learn more about the tyres and how the car’s performing, that gives you a development direction.

“Over the first few races we’ve got some very good direction for the development vein for the rest of the season.”

Next up is a return to Imola for the Emilia Romagna Grand Prix, an event that proved to be a happy hunting ground for Red Bull last season as Verstappen took the win.

But like Ferrari, Red Bull are not taking a major upgrade to Imola as it is the first sprint qualifying weekend of the season.

“Being a sprint race, you get very little time to evaluate these things,” Horner explained. “We’ve got one session and then into qualifying.

“You’ve got to be very confident about what you are putting on the car.”