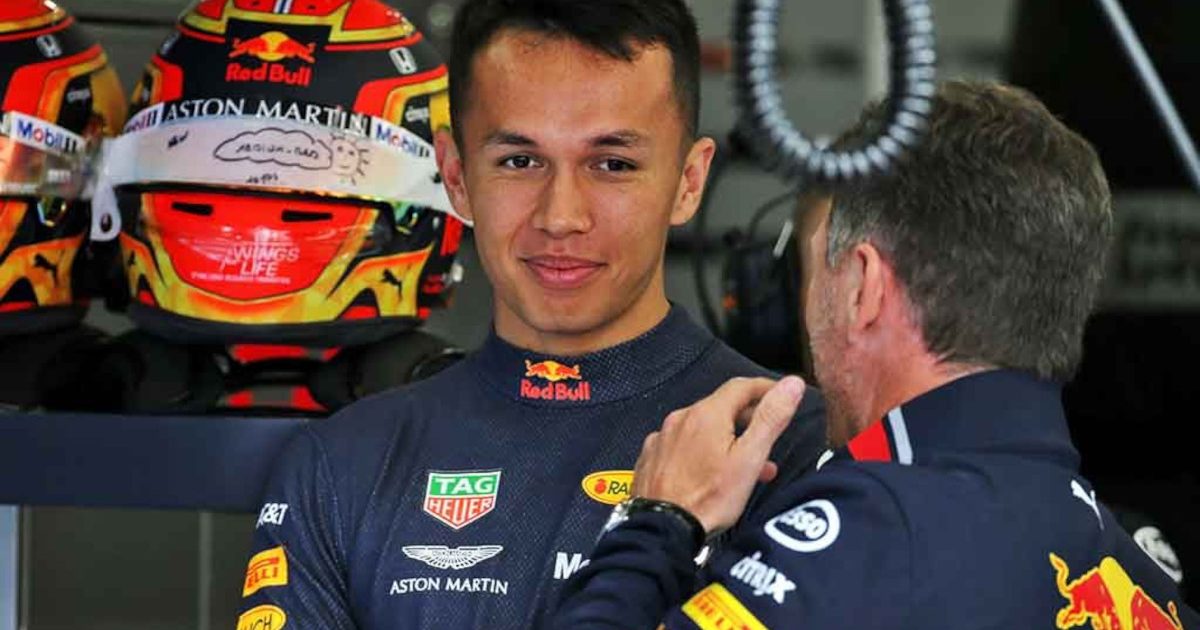 Requesting a formal review of Hamilton’s 10-second penalty for crashing into Max Verstappen at the British Grand Prix, Red Bull went into Thursday’s hearing armed with a PowerPoint presentation of slides showing GPS data as well as footage.

Footage not of the actual crash but rather of their own test driver taking the Brit’s different lines through Copse, his line when he hit Verstappen and his lines on other laps.

This raised a few eyebrows in the paddock with Horner insisting the filming day at Silverstone was never set up just to do a re-enactment, rather it was scheduled weeks prior.

“The test was pre planned from prior to the event because it was a promotional filming day with obviously a two-year-old car,” he said.

“It’s a way of keeping our reserve driver also sharp and race ready. That day had been planned for some time, it wasn’t put on specifically for the re-enactment.

“What we did during the course of the test was ask Alex to drive a similar line to backup the simulations that we conducted within our simulation tools, including the driver simulator, to demonstrate the outcome of driving that line and the necessity to where your braking point would need to be.

“We couldn’t achieve the speed that Lewis did on that line. In terms of conditions, obviously it was pretty similar. And it was just a useful piece of data to reaffirm what we’d seen in all of our simulations.”

The stewards weren’t overly impressed with the Red Bull footage, saying they “made” evidence.

Explaining Red Bull’s decision to request a formal review of the penalty, Horner said he felt there was more information available after the grand prix given that Hamilton had passed another driver, Charles Leclerc, late in the race at Copse but had made that one without any contact.

As such Red Bull went into the hearing believing they did have new information that hadn’t been considered. The stewards felt otherwise.

“We felt that having looked at the data from the accident, and the severity of the accident, that there was data that wasn’t available at the time of the stewards making their decision,” he said. “So we presented that data to the stewards.

“They gave us a fair hearing where we talk through that data, the positioning of the cars, the speed of the cars; the fact that Lewis would have had to have braked 23 meters earlier to have even made the corner, the fact that Max was on the same trajectory and identical to that of Charles Leclerc – and that the result with Charles would have been identical had Lewis taken the same approach.

“So we presented that data, we feel that we had a fair hearing. The stewards felt that it wasn’t new evidence under the confines of the regulations and so it wasn’t opened into another hearing – so we accept that.

“This competition is all about marginal gains and leaving no stone unturned. Of course when you have an accident of that velocity and impact, then, of course, you’re going to make a full investigation.

“But as far as we’re concerned, the chapter is now closed, the stewards have made their ruling, and we will now very much focus on this weekend and the remaining part of the championship.”