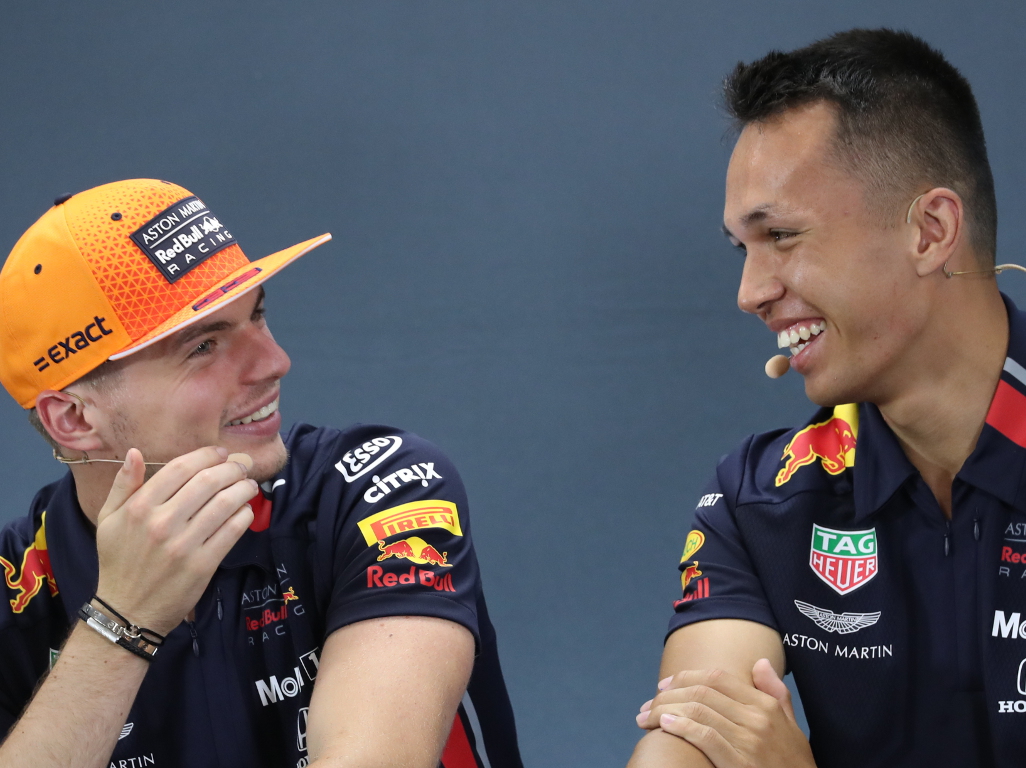 Red Bull has officially announced that Alex Albon will be Max Verstappen’s team-mate in 2020 with Daniil Kvyat and Pierre Gasly staying at Toro Rosso.

Albon was given the call-up to the senior team during the summer break as the underperforming Gasly made his way back to Toro Rosso.

The British-Thai driver has responded in impressive style and has outscored Verstappen since becoming his team-mate at Red Bull.

“Alex has performed extremely well since his debut with the team in Belgium and his results – seven finishes in the top-six – speak for themselves,” said team principal Christian Horner in an official statement.

“It’s extremely hard to deny that level of consistency and in tandem with a growing reputation as a tenacious, fiercely committed racer, Alex has proved that he fully deserves to continue his progress with Aston Martin Red Bull Racing.

“There is plenty of potential still to unlock and we look forward to seeing Alex alongside Max in 2020.”

Albon, meanwhile, thanked Red Bull for their continued trust in him and his driving abilities.

“I am really excited to be partnering Max again for next year and I know how fortunate I am to be given this opportunity,” said Albon.

“I’m hugely thankful that Red Bull have put their trust in me and believed in my results since I joined the team and for them to keep me in the car next year is a big deal.

“This year has been an incredible year for me and getting the call up to Red Bull mid-season was already a big step, so now I will use the learnings from this season and use the experience to improve and fight at the front in 2020.”

Toro Rosso team boss Franz Tost expressed his delight with being able to keep hold of both Gasly and Kvyat for 2020.

“I’m delighted to retain Pierre and Daniil for next season,” Tost said.

“Both drivers have shown really good performances this season and they have proven in their years in F1 to be very competitive, able to exploit the car’s potential and give valuable feedback to make improvements.

“This young but experienced duo, combined with hopefully a competitive car, will be the best factors to achieve a very successful season in 2020 and I’m looking forward to this extended cooperation.”