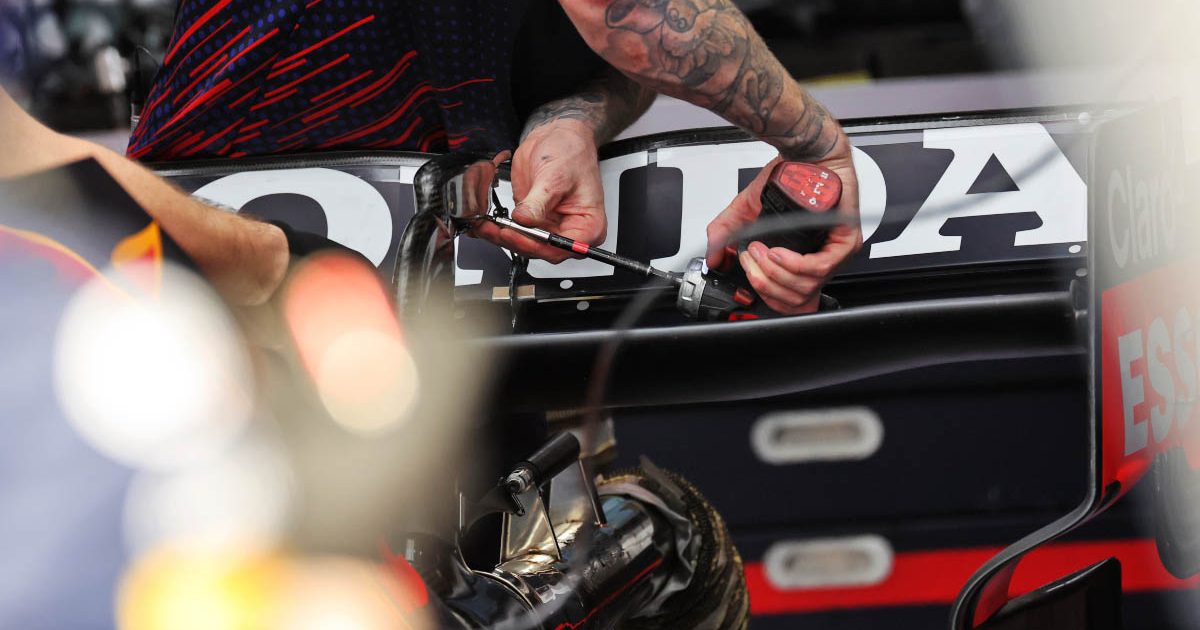 Red Bull team principal Christian Horner admits his team are working on sorting out their ‘flappy’ rear wing issue in time for Jeddah next weekend.

Max Verstappen’s wing in Qatar and Brazil appeared to ‘flap’ with the DRS open at high speed, with the top of the rear wing not appearing to be able to cope with the forces on the car on long straights.

Verstappen had initially been using a wing with lower downforce attached in Qatar practice, but the team ended up opting for the safer option of his high-downforce wing from qualifying and beyond – which Horner said would have been the team’s best choice anyway, given what had been seen in practice.

The higher-downforce package does not suffer the same issue of ‘flapping’ at the car’s top speed. But given the characteristics of the new track in Saudi Arabia looking as though it will favour lower downforce, given the high-speed layout, Horner admitted the team need to sort this issue as best they can.

“That was our preferred wing and it was the set-up direction we wanted to go in,” said Horner about the high-downforce wing after the race in Qatar, quoted by Motorsport.com.

“If those other wings are required in either Jeddah or Abu Dhabi, obviously we’ll need to have fixes in place to straighten them up, and the DRS mechanism.”

The DRS actuator has been singled out as being the problem component within the rear wing and although the design cannot be changed due to the homologation of the part, Horner is confident the team will be able to rectify the issue quickly.

“I think from a reliability point of view it should be relatively straightforward to sort out those actuators,” he added.

“We’ve been using them for many years now, so it’s not new technology.”

Rear wings have been a hot topic of conversation in Formula 1 in recent weeks, with Lewis Hamilton’s DRS flap opening up 0.2mm beyond the legal limit in Brazil and being the cause of his exclusion from the qualifying results at Interlagos.

Horner also accused Mercedes of having illegal “score marks” on their rear wing to reduce drag, but this was disproven upon inspection.