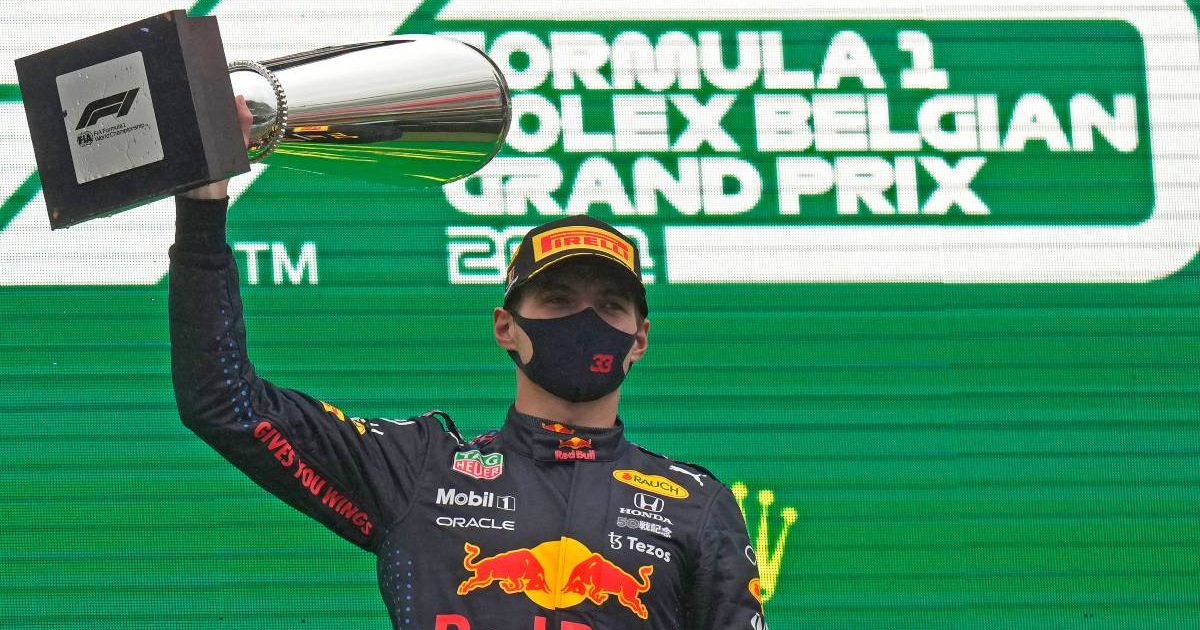 Christian Horner was relieved Red Bull had decided against taking an engine penalty for Max Verstappen at the Belgian Grand Prix.

Verstappen was declared the winner of a race that never began in earnest due to heavy rain at Spa-Francorchamps, purely because he had been on pole position.

On two occasions, the grand prix ‘started’ behind the Safety Car and each time the field were quickly brought back into the pits, the red flags brandished due to poor visibility leading to dangerous conditions on the wet circuit.

The FIA issued half-points as enough distance had been completed, which meant Verstappen closed his World Championship deficit to three points on Lewis Hamilton who finished third.

Red Bull are facing the prospect of a 10-place grid penalty for Verstappen at one race this season as a fourth engine will be needed, two power units having been damaged by the incidents the Dutchman was caught up in at the two previous races.

The engine penalty had been a possibility for Spa, but the team decided against it. The way things turned out, they made absolutely the right call – the final order being the same as at the start, with the exception of Sergio Perez who crashed the other Red Bull on the way to the grid.

“You’re always looking at your possibilities and you can overtake here – most years you can – but as a team we did a good job yesterday.

“Obviously we didn’t race today, it was all based on what we did yesterday, but from a championship point of view, great to get those five points (on Hamilton).”

It’s a shame the bad weather denied us a proper race. It’s P1, but the real winners are all the fans that stayed at the track in the rain all day 🖤💛❤️ Incredible 🙌 #BelgianGP 🇧🇪 pic.twitter.com/3bJcoBrJK7

Horner had no complaints about how the FIA had dealt with a difficult situation, Red Bull also having succeeded in getting Perez reinstated into the race – albeit eventually finishing last – for his car had originally been retired following his shunt on the installation lap.

“I think everyone did their best to try and put a race on and credit to the FIA and Liberty [Media] to try and get it going,” said Horner.

“Max felt the conditions with his ability were fine, but the problem was anyone behind him just couldn’t see, so very tough.

“I think the boys have done an incredible job in the garage again, getting Checo’s car repaired and runnable.

“It’s a massive job because it’s both sides of the suspension, the steering rack, a big old job. But you could see the guys from Max’s side of the garage getting stuck in and it was a true team effort, much bigger than the [similar] incident Max had in Hungary last year.

“Because the race hadn’t officially started, that’s why we thought there was a very strong case to start the race from the pit lane. That’s what he did, even though the race never really got started.

“Very rewarding to see all that hard work pay off.”