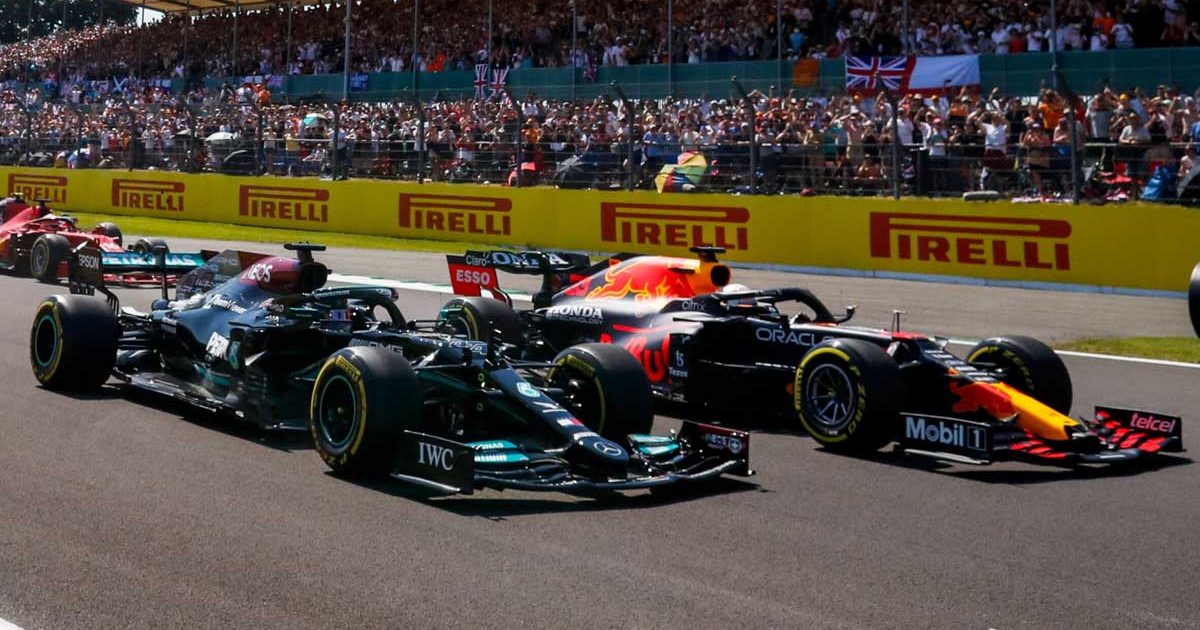 Red Bull have failed in their attempt to have a greater penalty imposed on Lewis Hamilton for his Silverstone clash with Max Verstappen.

The opening-lap clash at Copse has been the talk of Formula 1 ever since it happened just moments into the British Grand Prix, with the two cars clipping wheels and the Red Bull hitting the barrier with a 51G impact.

While Verstappen was taken to hospital for checks, Hamilton overcame a 10-second penalty served during his only pit-stop of the race to chase down Charles Leclerc for a victory that put both he and Mercedes right back into the World Championship picture.

Immediately after the race, Red Bull were furious that the stewards had issued a punishment they considered far too lenient. They stuck to that stance and requested an FIA review of the incident, believing they had new evidence and information to offer.

The initial hearing took place on Thursday afternoon, the eve of the Hungarian Grand Prix, but the went no further after the stewards ruled that there was nothing to merit the original judgement being changed.

Before the hearing, which took place via video conference, Red Bull advisor and driver development boss Helmut Marko said the team were looking for “a penalty that would have prevented a victory” for Hamilton, specifically a “drive-through or a suspension for the next race”.

But that prospect, which had looked slim at best, has gone completely.

In their report, the stewards note that Red Bull’s ‘new evidence’ was a series of slides, using lines created by GPS data, but this information was already available.

However, the final paragraph of the report does bring a further layer of controversy to this case through the mention of concerning “allegations” made in a letter from Red Bull, of which those slides were a part of.

“The stewards note, with some concern, certain allegations made in the Competitor’s above letter,” the report states.

“Such allegations may or may not have been relevant to the stewards if the Petition for Review had been granted.

Hamilton heads into the Hungarian Grand Prix in search of a record ninth Budapest victory that would, at the very least, put him much closer to Verstappen than the eight points by which he trails in the Drivers’ standings.

If the seven-time World Champion were to win in Hungary and also set the fastest lap of the race, he would at least be level on points with the Dutchman.

Earlier, Verstappen had also maintained that Hamilton should have been given a bigger penalty by the British Grand Prix stewards.

“It’s just I think the penalty was not severe enough for what he caused,” Verstappen told Sky F1.

“If we touch, you spin and continue the race it’s a different scenario. But when you crash your main rival out and you gain so many points back, I don’t think that’s correct.”