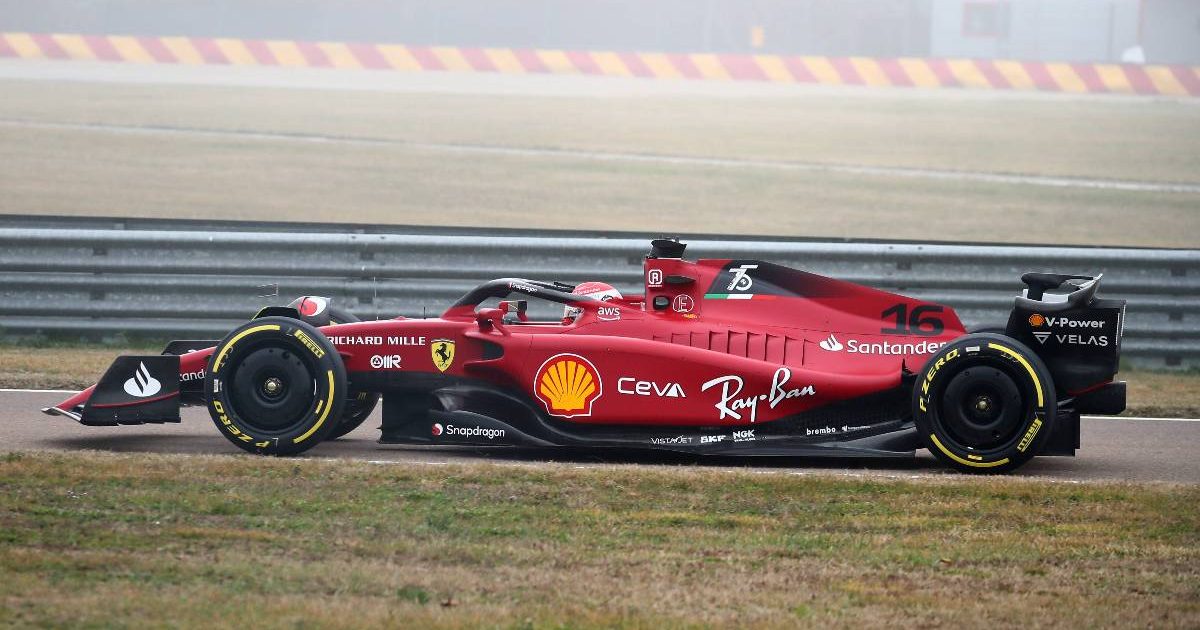 Red Bull have put the first laps on their RB18, doing so behind closed doors at Silverstone, while Ferrari even tweeted a short video from their shakedown.

Last year’s Drivers’ Championship winners, Red Bull are determined to keep their secrets hidden until they absolutely have to reveal them.

But that’s not before 23 February when the first group pre-season shakedown begins at the Circuit de Catalunya in Spain, so for now all their activities are being carried out behind closed doors.

That, however, hasn’t prevented a short video of Red Bull’s first run in the RB18 making its way onto social media.

In the grainy clip, filmed from a distance, Max Verstappen is seen putting in the laps in the RB18, the car the reigning World Champion hopes will allow him to defend his title.

@ScarbsTech
Not brilliant footage but captured the Red Bull on its shakedown today pic.twitter.com/1rClJ3C9Qm

Although Red Bull was the second team to launch their 2022 season, the Milton Keynes squad went for a livery unveiling with rendered images, adamant they won’t be giving their rivals a heads up.

Red Bull advisor Helmut Marko explained: “That was a presentation for the time being, it’s especially important for our partners.

“We don’t reveal everything at the presentation, there are still some updates to come.”

Alas fans, and rivals, will have to wait a bit longer to see what those updates are.

On the other end of the scale, Ferrari made absolutely no attempts to keep their new design hidden.

Unveiling the actual F1-75 on Thursday, the car was on the track on Friday with Charles Leclerc in action at the Fiorano circuit.

Ferrari even put out a video of it.

The beautiful F1-75 has taken its first baby steps at Fiorano today 😍 #F1pic.twitter.com/aCD5mJfFEN

The Italian stable, third in last year’s championship after yet another winless campaign, are being billed by many as the team to watch this season.

While Red Bull and Mercedes spent a large part of 2021 focused on the championship battle, Ferrari’s focus switched to 2022 and its all-new cars early in the year.

Red Bull team boss Christian Horner reckons the Scuderia could be quick out of the blocks.

He told broadcaster WION: “I think there could be a shake-up in the order.

“I think you could see teams like Ferrari, McLaren, maybe even one or two surprises, because it’s a complete reset of the regulations and ourselves and Mercedes were very much involved in last year’s championship fight.”

Sky Sports’ pundit and former F1 driver Anthony Davidson said: “I have a feeling that Ferrari are going to be pulling themselves back into the mix this year. I think they’ve put a lot of time and effort into this year’s car.”