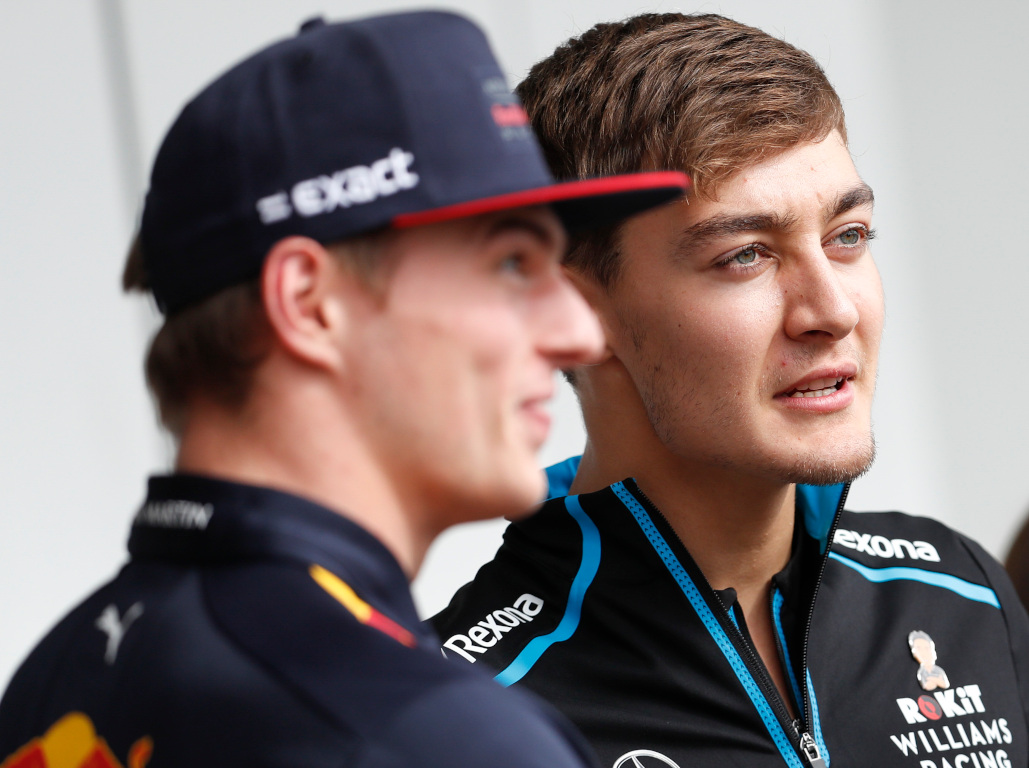 Mercedes has denied that George Russell’s Sakhir GP outing is a “shoot-out” or will have any impact on Lewis Hamilton’s contract talks but Christian Horner disagrees.

Mercedes have put Russell in the W11 for this season’s penultimate grand prix, the Williams driver called up as a substitute for Hamilton after the Brit tested positive for Covid-19.

Russell has already made his mark.

The 22-year-old set the pace in the two Friday’s practices, beating Max Verstappen in both sessions while Valtteri Bottas was P4 and then P11 respectively.

Mercedes are adamant this weekend’s outing is not a showdown for a future race seat with Toto Wolff insisting Bottas will be in the car next season as too will Hamilton.

Hamilton, however, has yet to commit to the team for 2021 having delayed contract negotiations until after the title was secured.

His positive test has pushed those talks back even further.

A good result from Russell this weekend could see Mercedes considering its options says Horner.

“George is familiar, I guess, with many of the controls,” the Red Bull team boss told the media. “He’s been a test driver there before, he knows many of the people and it’s the best car currently in Formula 1.

“It’s won the most races this year, it’s an enormous opportunity for him and one that I’m sure that he’s looking to make great use of.

“It benchmarks him against Valtteri.

“I’m sure Toto’s looking to use it to perhaps negotiate Lewis’s contract in some way, shape or form.

“So it will be fascinating to see how it plays out but it’s great to see another youngster getting that chance and opportunity.”

Jump onboard with @GeorgeRussell63 in FP1 – as he powers around the new layout at Sakhir… in a Mercedes 👀🚀#SakhirGP 🇧🇭 #F1 pic.twitter.com/dHqdWFjDBE

Verstappen believes Russell will grab the opportunity to show his worth.

Having yet to score even a single point in Formula 1, the Dutchman says the 22-year-old Brit is in line to win Sunday’s 87-lap Sakhir Grand Prix.

“Can he win immediately?” Verstappen said. “Sure.

“Bottas is no pancake, of course. If Lewis is not here, automatically a bit of pressure to beat him goes away so maybe he will drive even better now.

“But George will naturally want to show himself here. He won’t say it like that, but it’s a good opportunity for him to show what he is worth compared to Bottas.”