Home News Red Bull ‘got in their own way’ in qualifying 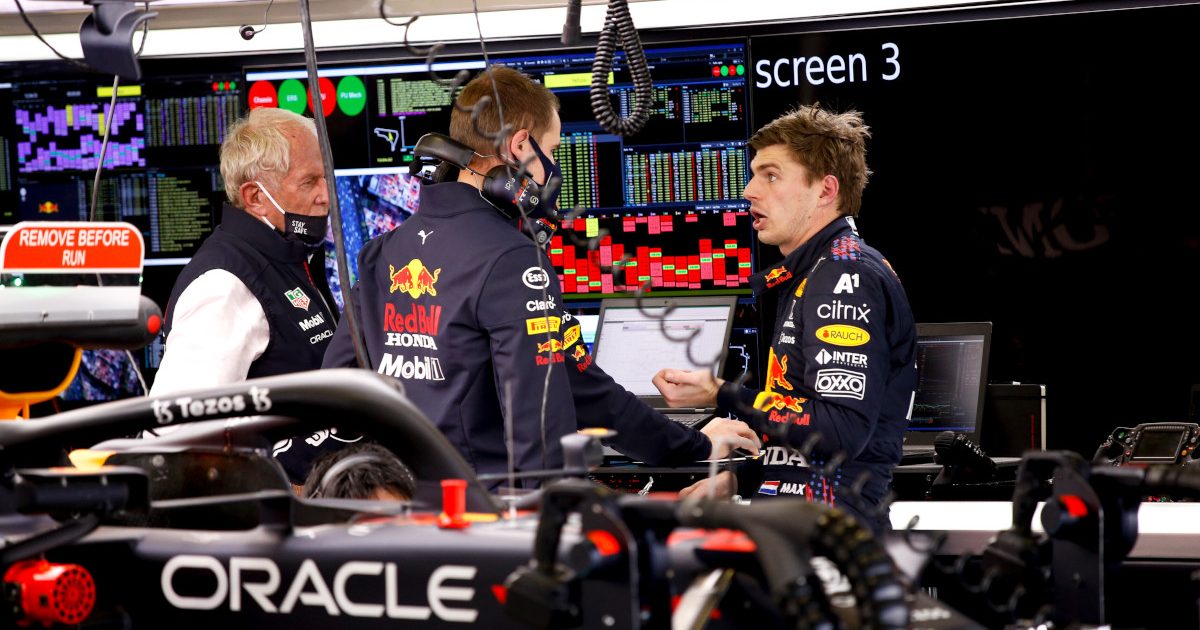 Red Bull tried to be “too perfect” in qualifying in Mexico and ultimately “got in their own way”, says Timo Glock.

Heading into Q3 for the Mexican Grand Prix, the smart money was on Max Verstappen to take pole position for Red Bull.

Instead he’ll line up P3 on the grid after the Red Bull drivers had a nightmare end to the session.

Out on track for a final hot lap, Verstappen was up and running right behind his team-mate Sergio Perez while the AlphaTauri of Yuki Tsunoda was out on track but not on a hot lap as he had a grid penalty for an engine change. His role in Q3 was solely to give his team-mate Pierre Gasly a tow.

Told that Perez was closing in on him, Tsunoda took to the run-off to get out of Perez’s way, but kicking up a bit of dirt, Perez was distracted and made a mistake. The knock-on of that was Verstappen slowed down.

“Such a stupid idiot,” said the irate Dutchman over the radio, later telling the media that it had “ruined my lap, of course”.

Things did not go according to plan for Red Bull in qualifying 😕#MexicoGP 🇲🇽 #F1 pic.twitter.com/tGZSk2AtKU

While Christian Horner declared that his drivers had been ” Tsunoda-ed”, Perez said of the Japanese rookie: “He shouldn’t be there, but it is what it is. I think I could have been further up ahead if I didn’t have Yuki in my way, and if things went smoothly.”

Horner later added to Sky: “I think his mission was to give his team-mate a slipstream and then he went off the track. They then distracted Max because he didn’t know what was going on up there.”

And there in lies the cause of the troubles, with Glock saying the teams was trying to be too perfect.

Tsunoda was out on track to give Gasly the slipstream, and Verstappen was running as close to Perez as possible to get the same off his team-mate.

It didn’t work out.

“It was a chain reaction, I think Red Bull wanted to make it too perfect,” the former driver told Sky Germany.

“The strategy was very clever to get Tsunoda into Q3 with the soft tyres. So you could use his a slipstream dispenser for Gasly, in turn to place it as far up front as possible as another pawn for the race.

“That could have worked, but in the end they got in their own way.”

Mercedes locked out the front row of the Mexican Grand Prix grid with Valtteri Bottas on pole position and Lewis Hamilton P2. Verstappen is third ahead of Perez.