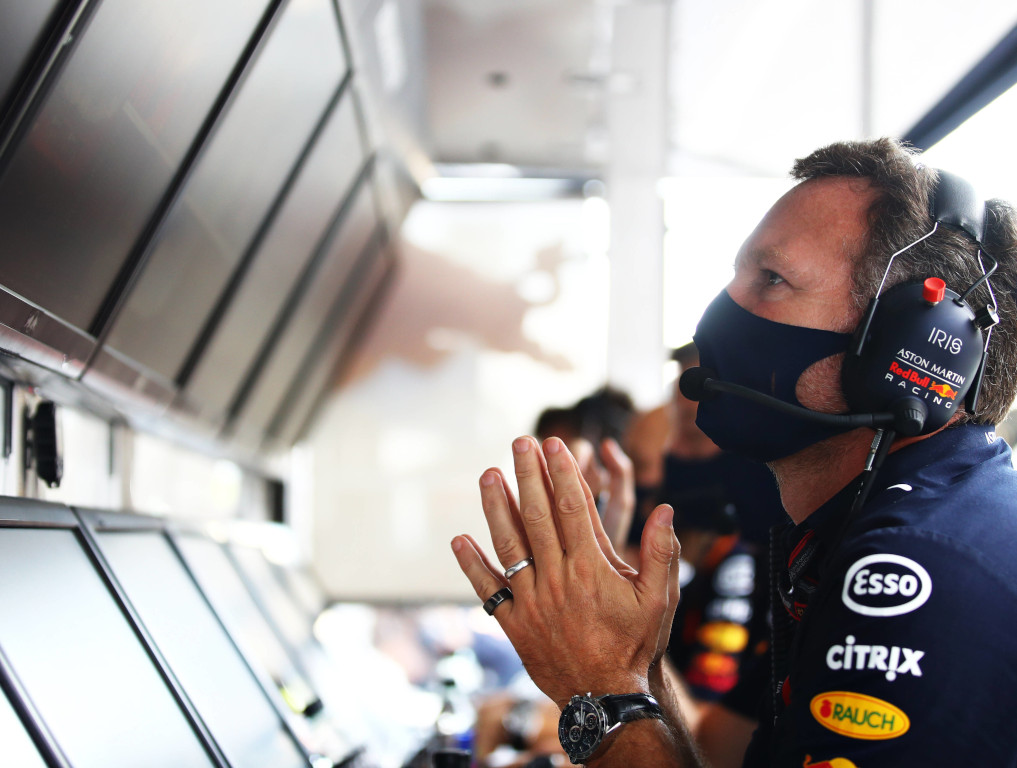 Christian Horner says taking on Honda’s IP is the “only” real engine option for Red Bull but that it would depend on F1 freezing engine development.

Earlier this month Honda announced that 2021 would be its final season in Formula 1, leaving both Red Bull and AlphaTauri without an engine supplier.

While there are several options on the table such as Renault or Ferrari power, Red Bull team boss Horner isn’t keen on either.

Rather he’d like to see Red Bull take over Honda’s Intellectual Property and have their own engine.

That, though, would be extremely costly.

As such the Brit says the only way that would be feasible if there was a freeze on engine development.

“We have got a little bit of time, we have got just under 18 months to get ourselves sorted,” Horner told Sky F1.

“And of course all the details need to be fixed with Honda’s senior management but it is so dependent on what are the regulations going to be.

“It is basically down to the FIA [to decide on freezing the engines]. It is a big wake-up call for Formula 1 to have a major manufacturer like Honda walk away from the sport at the end of 2021.

“That leaves only three engine suppliers and that is a very precarious place for the sport to be.

“That’s why the governing body really needs to take control of this. The FIA and Liberty…they need to step up and do their bit.

“It would be criminal to see those Honda engines just on a shelf somewhere in a Japanese warehouse.”

Mercedes has already stated that it won’t supply Red Bull as the team is at its limit for customers while Ferrari’s engine is off the pace following last year’s Technical Directives and Red Bull have a history, and not a good one, with Renault.

Horner revealed that for now at least Red Bull are solely focused on the idea of continuing with Honda engines, saying that is the team’s Plan A.

“At the moment all focus is on Plan A,” he said.

“Toto has made Mercedes’ case very clear, Ferrari have got their own issues they are dealing with and Renault don’t really want to supply us.

“Their aspirations as a team have obviously changed. It’s inconvenient for them to supply a team like Red Bull. We are not a standard customer team, not a small team.”

Red Bull has threatened to quit Formula 1 if they don’t have a competitive engine.