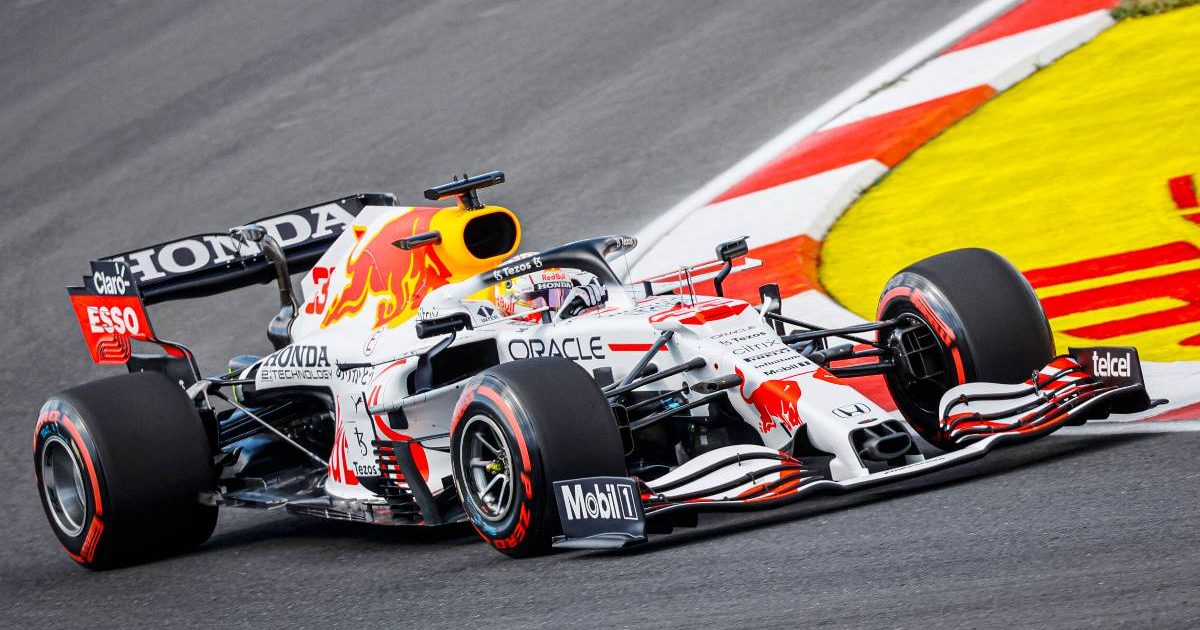 The special livery which Red Bull ran at the Turkish Grand Prix has now been added to the Formula 1 2021 video game.

Red Bull and engine supplier Honda have worked as partners since 2019, and now in 2021 the battle against Mercedes is on as Red Bull back Max Verstappen’s push for the Drivers’ Championship, while Red Bull look to haul in Mercedes in the Constructors’.

2021 will though be the final season of the Red Bull and Honda partnership, with the latter leaving Formula 1 at the end of the season to change focus to carbon neutral projects.

So, as a tribute to their departing engine supplier, Red Bull ran a stylish white livery at Istanbul Park throughout the Turkish Grand Prix.

And this livery will also live on in Formula 1’s digital world as part of the F1 2021 game.

Coming to you 💌 Our 🤍 livery is now available in @Formula1game 🎮 pic.twitter.com/n82GamlL5u

It turned out to be a positive race weekend for Red Bull in Turkey, especially considering that they lacked pace to rivals Mercedes for the vast majority of the race weekend.

Verstappen would cross the line P2 and with title rival Lewis Hamilton finishing P5, it meant that Verstappen returned to the top of the Drivers’ Championship.

The Dutchman now takes a six-point lead over Hamilton into the upcoming United States Grand Prix.

Such a positive result may not have been possible though without the intervention of Verstappen’s team-mate Sergio Perez, who put on a solid defensive display to ensure that Hamilton’s charge through the pack from P11 on the grid came to an end.

Perez was even forced to come back from the pit lane entry in his defence against Hamilton, keeping the inside line through the final corner and then fending off Hamilton into Turn 1 after a drag race down the start/finish straight.

Perez would also make the podium in P3, his first visit since the French Grand Prix back in June.