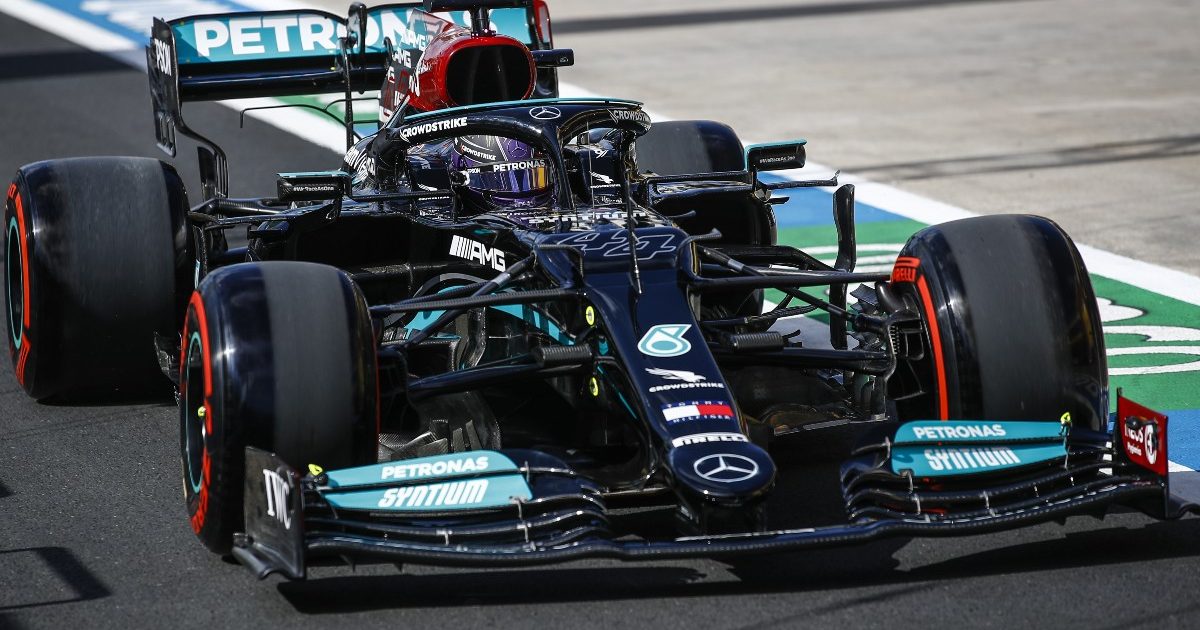 Red Bull principal Christian Horner feels Lewis Hamilton’s new ICE for the Turkish GP was a forced decision rather than a choice.

There has been plenty of attention placed upon Hamilton’s power unit options and whether a fourth would be added to the pool.

And at the Turkish Grand Prix Mercedes did indeed make an engine change, though is was a half-baked one.

Hamilton took only a new internal combustion engine for the race weekend, meaning he drops 10 places on the grid.

So, Horner does not believe it was a tactical move from their rivals, instead spotting a trend with this decision following issues for Mercedes’ customer outfits.

Valtteri Bottas also took a new power unit at the Russian Grand Prix, his second new set of components in as many races.

“I think it was probably from what we understand more of a forced choice rather than a selective choice,” Horner suggested to Sky F1.

“So obviously they’ve had issues with some of their other teams as well.

“It doesn’t affect us and what we’re doing, but it shows how tight and tough it is to get to the end of the season on three engines, that neither of us have managed.

“So hopefully we can do it on four.”

Hamilton’s title rival Max Verstappen took his new power unit last time out at the Russian Grand Prix, but even though only seven rounds remain, Horner is not yet willing to say that the season can be ticked off with the power units currently available.

“You can do all the sims and modelling you like and then something variable happens, there is no such thing as total stability of a situation like you have in a simulated world until the end of the year,” he affirmed.

“So there could be other twists and turns in this, let’s wait and see.

“But obviously we have taken a penalty, we got ourselves into a good position, we’ve taken additional parts as well; the battery, the MGU-K, the MGU-H.

“Lewis has just taken the ICE, the combustion which is less of a penalty, but it’s still going to put a lot of stress on those other components to the end of the year.”