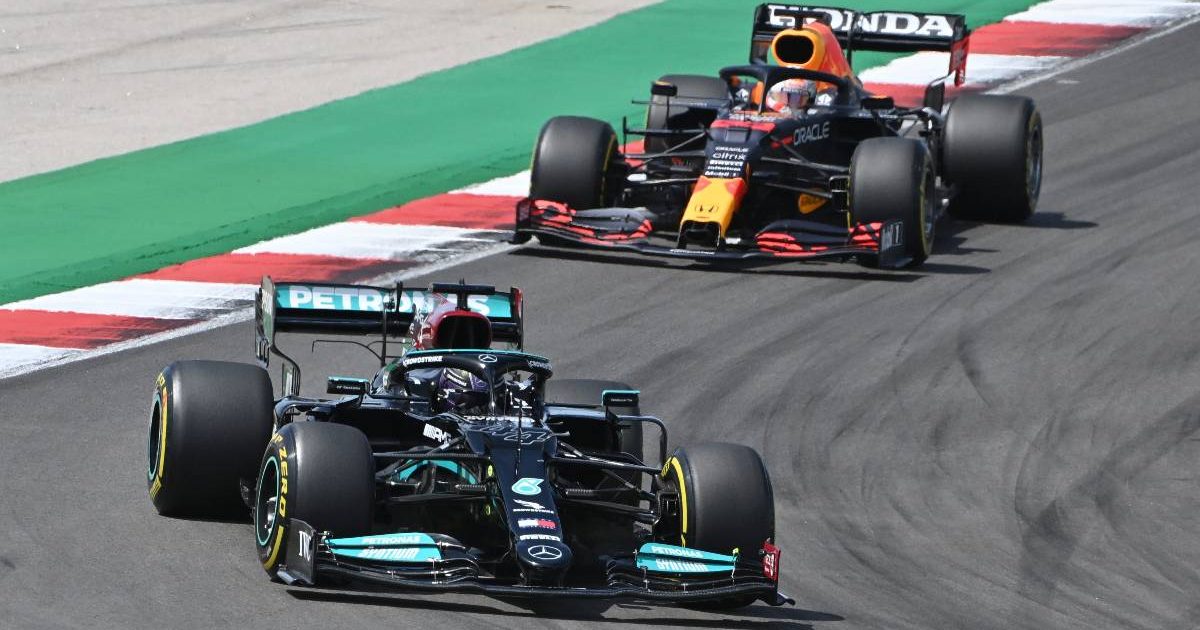 A Red Bull source has confirmed that the team were unsuccessful with their FIA complaint regarding the Mercedes power units.

While Red Bull and Mercedes have very much been scrapping out on the track, their battle has also become rather political as the pair chase every possible advantage.

Ferrari joined Red Bull on the latest battlefield though, that relating to the Mercedes power unit, with both outfits wanting an explanation over Mercedes’ perceived engine gains in 2021, when this was not permitted.

A recent report claimed Ferrari and Red Bull were discussing protesting against Mercedes and how they use a ‘trick’ on their plenum, which distributes air around an engine.

The teams believed temperature sensors are placed on the W12 in such a way that they do not contravene technical regulations surrounding air temperature coming from a power unit.

Auto Motor und Sport have reported though that this complaint failed to go any further with the FIA.

“Weakening the opponent did not work,” their report states.

“Red Bull’s request to the FIA for the alleged Mercedes trick of cooling the plenum came to nothing.

Indeed, a Red Bull source told Auto Motor und Sport that their complaint “was shot down”.

So referring to the Russian Grand Prix, Red Bull driver programme boss Helmut Marko admitted that the longer the straights are “the more we lose, from the beginning to the end”.

Mercedes power triumphed at the Sochi Autodrom for the works team and customer McLaren, with Lando Norris losing his shot at a first victory in Formula 1.

The McLaren driver was leading as Hamilton harried from P2, but the late rain shower caught Norris out as he stayed on slicks too long, resulting in a P7 finish.

So, Red Bull now believe Mercedes hold the advantage in the engine department, but ex-F1 driver Ralf Schumacher does not agree.

Aided by the rain, Red Bull’s Max Verstappen stormed from last to P2 at the line in Russia, having dropped to the back of the grid after taking a new Honda engine.

And so, with that engine now in the pool, Schumacher expects it to power Verstappen to victory at the upcoming Turkish Grand Prix.

That being said, at the following round in the United States, Schumacher thinks it will be advantage Lewis Hamilton and Mercedes again.

“With his new engine, I expect Max to win the race,” he told Sky Germany.

“But I expect Lewis Hamilton to hit back in the United States, providing he doesn’t change his engine there.”