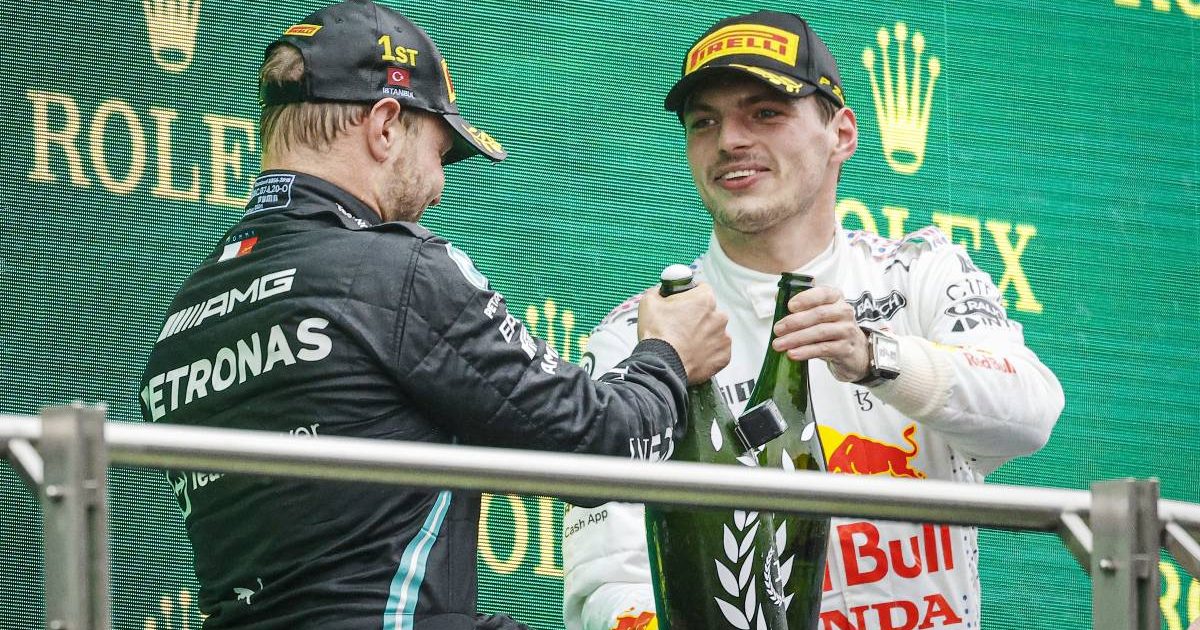 Despite Red Bull’s suspicions about Mercedes’ engine, Helmut Marko says the FIA has declared it legal and they “have to accept” that.

Mercedes’ W12 was in a league of its own at the Turkish Grand Prix with Lewis Hamilton and Valtteri Bottas three-tenths up on Max Verstappen in qualifying.

Bottas romped to a comfortable win on the Sunday, a race that many believe would have been a Mercedes 1-2 were it not for Hamilton’s engine penalty.

Red Bull team boss Christian Horner reckons it was the fastest W12 that has been seen out on track the entire season.

Speaking to Sky Sports, he said: “Mercedes are extremely fast on the straights for the downforce they’re using.

“We’ve been observing that since Silverstone. Something is strange there.”

Dr Helmut Marko has said it was like Mercedes were driving with the DRS permanently open, such was the strength of their straight-line speed.https://t.co/J03bgnSvPT #TurkishGP 🇹🇷 #F1 pic.twitter.com/P17qTCy5Bu

Marko said at the time to ORF that it was like “when you drive with DRS” as Mercedes were “almost 15km/h faster here.”

But while Red Bull had previously asked the FIA to clarify various points having believed that Mercedes were running a few tricks to keep their engines cooler, motorsport’s governing body the FIA has shut that down.

According to Auto Motor und Sport ‘weakening the opponent did not work’ for Red Bull as their ‘request to the FIA for the alleged Mercedes trick of cooling the plenum came to nothing.’

Marko has now told Motorsport-Magazin.com that they have to accept that, and move on.

“Everything has been clarified by the FIA,” said the Red Bull motorsport advisor.

“We have to accept what the FIA, as the highest authority, decides.”

Red Bull head into the final six races of this season with Verstappen leading the Drivers’ Championship by six points over Hamilton.

The Dutchman regained the lead with his runner-up result at the Turkish Grand Prix but Marko fears it may be short lived.

The Austrian reckons such are Mercedes’ engine gains that the only tracks remaining on the calendar that won’t suit them are the high-altitude Brazilian and Mexican GPs.

He told F1-Insider.com: “At the moment I only see two races where we have an advantage because of the altitude – Mexico and Sao Paulo.

“Mercedes is currently the favourite on the four other tracks.”