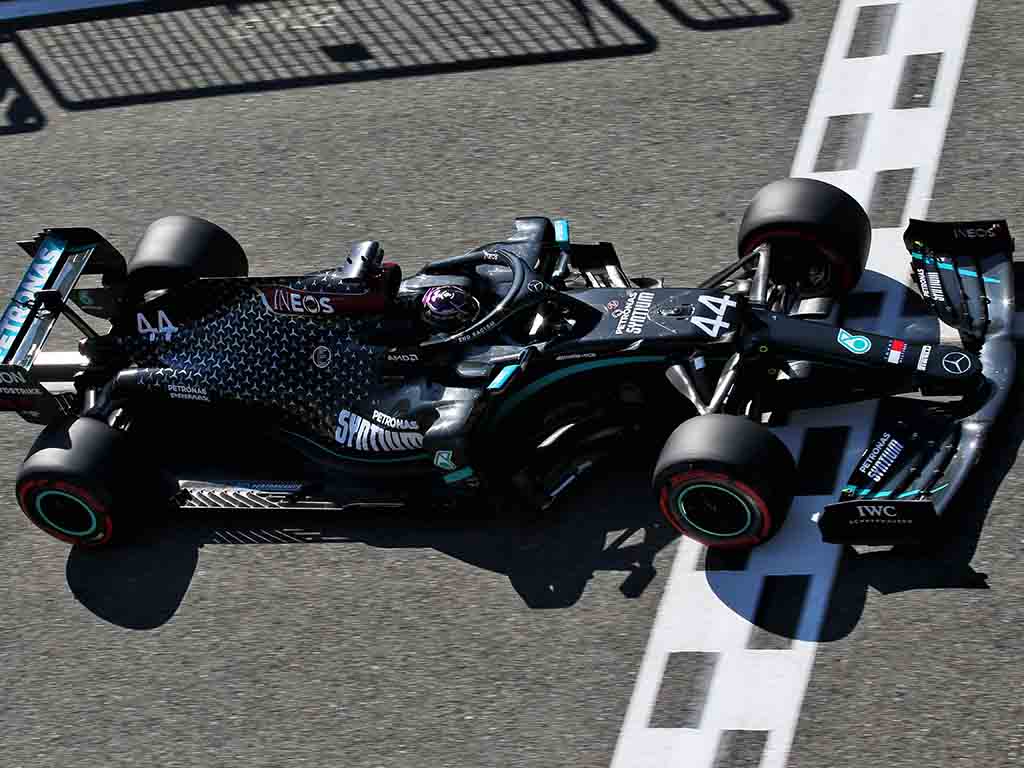 Lewis Hamilton and Valtteri Bottas both joked about the ‘party mode’ ban as Mercedes continued to dominate on pace without it in qualifying at the Italian Grand Prix.

The FIA introduced a new Technical Directive ahead of the latest race weekend at Monza with TD/037-20 limiting the usage of engine modes, requiring teams to run the same ICE mode in qualifying and the race.

Dr Helmut Marko revealed that Red Bull were the ones who put pressure on the FIA to bring the ruling in to Formula 1 because Mercedes’ advantage in qualifying was so “extreme” that it was “distorting the competition”.

However, the party very much continued at Mercedes as Lewis Hamilton bagged yet another pole position with the fastest lap time in Formula 1 history based on average speed. Valtteri Bottas was second.

The gap to the first non-Mercedes car from Hamilton was still a whopping eight tenths while Red Bull only qualified P5 and P9 on the starting grid.

This appeared to amuse both Mercedes drivers.

“The pace I had in the long runs and we had as a team, we’re looking strong,” Bottas said in the post-qualifying press conference.

“With the engine regulation change for the modes, it’s going to be even better for us in the race than before. Hopefully it will be good.

Hamilton added: “”I don’t even think we ever had a party mode.

“It’s something someone else made up. Who knows if we even used that mode at Spa anyways?”

Just 0.069s separated Hamilton and Bottas, but the Finn would not be drawn on whether a lack of a tow, worth up to half a second, cost him the P1 spot on Saturday.

“I’ve been feeling pretty fast this weekend, so obviously a bit disappointed to be second instead of first,” Bottas said.

“Ultimately it came to the choice, if I’m running first or second, to [go] first, because from our analysis, there shouldn’t be much of a difference, or maybe even better to be first so you can really focus on the clean laps and not to have any messy out-laps.

“I just experienced once the final tow in the end of Q2, and actually it didn’t feel too bad. That’s when I got the quickest time, otherwise cutting the wind in the front.

“In the corners, I was fast. So it’s impossible to say without seeing the data which one was better.”