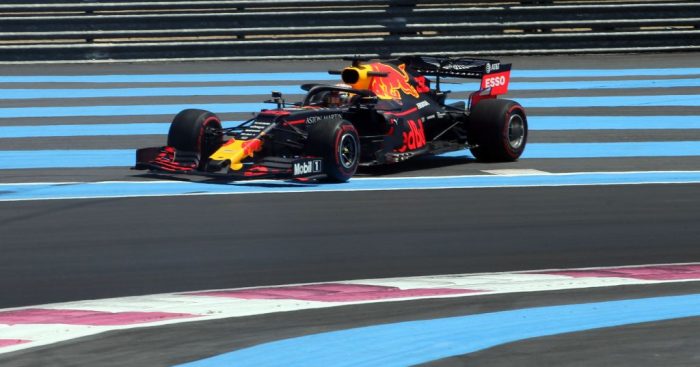 Red Bull’s Max Verstappen believes their performance issues are partly down to the new front-wing rules which have hampered their designs.

The Dutchman has made the podium twice in 2019, though with 124 points currently on the board, that is less than Red Bull had at this stage in 2018.

Honda have been working to improve the power output of their engine, but Red Bull know their inability to challenge Mercedes this year is not all down to their supplier.

Verstappen believes that the new, wider front wings for 2019 have made the team struggle when chassis design has been their main strength in recent years.

“I don’t think it’s because the Honda engine came into the back [that Red Bull’s chassis got worse],” he told Motorsport.com.

“But we were really good at controlling everything that was happening with the front wing last year, and the year before. So they took a bit more of our strength away. We have to fine-tune around it.

“Maybe in the beginning of the season so far we have not optimised that, and we know that. We’re trying to get back on top of it.”

Red Bull would likely have had a higher points total now in comparison to last year if Pierre Gasly had been able to challenge his team-mate.

While Verstappen has regularly troubled the Ferraris, Gasly has failed to make an impact on the leading runners, making it more of a top five rather than a top six in 2019.

In terms of where he would like the RB15 to improve, Verstappen admits he wants “more grip”.

“More grip! But everyone wants that,” he admitted.

“You always want to go faster through corners. It’s not like we have a fundamental problem or anything it’s just trying to add bits to the car which gives you more grip.

“When you get more grip, it’s better for tyres. As you could see last year we were always really good in the race.

“That meant we had a really good car, that was looking after its tyres quite well. We just need a bit more top speed as well, then everything becomes easier.”

Honda’s Spec 3 PU introduced for the French Grand Prix is expected to give Red Bull a slight boost, and while Verstappen doesn’t expect it to catapult him into the battle with Mercedes, he does hope it will begin to address their performance issues.

“It’s always good to have upgrades, I’m not expecting to suddenly lead the pack but every little step we can have as a team we take it, even if it means we’re already on our third engine.

“Reliability is not a problem, but we want performance.”