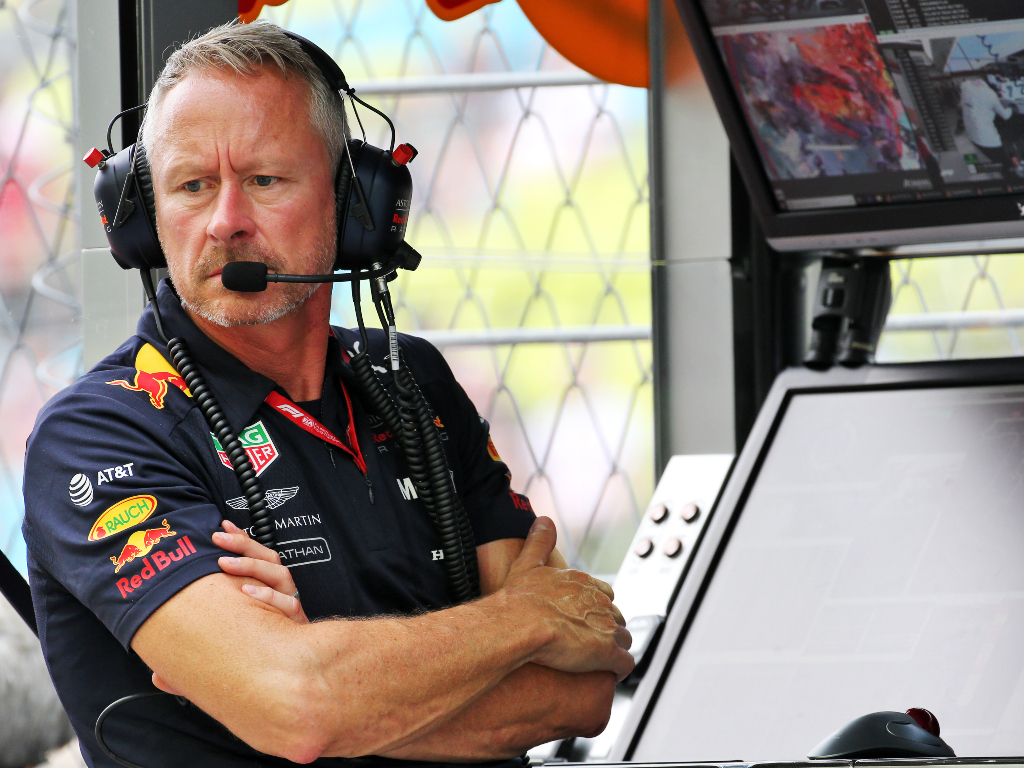 Throughout the 2020 seasons, all members of the paddock, from drivers to team staff to press, have been required to take multiple tests ahead of and throughout every race weekend.

Multiple people, including Sergio Perez, have tested positive and have thus been required to self-isolate and stay away from the paddock in order to limit the spread of infection.

Wheatley will now have to do the same after testing positive himself, with Red Bull stating that he will quarantine for 10 days and not attend the upcoming Bahrain Grand Prix race weekend.

“We can confirm that during mandatory pre-race testing in the UK, Sporting Director Jonathan Wheatley tested positive for COVID-19,” a statement read.

“In accordance with official protocols, he will continue to isolate for the 10 day period and not attend the Bahrain Grand Prix.”

Jonathan’s duties will be shared by a number of team personnel at this weekend’s #BahrainGP. The positive test has not resulted in any other team members needing to isolate following contact tracing and will not affect the Team’s trackside operations.

It was also stated that the team isn’t worried about a spread of the virus throughout the team, with contact tracing confirming that no other staff member will be required to self-isolate as none have been in close contact with Wheatley. In his absence, various people at Red Bull will take over his duties.

Wheatley is the latest of a number of senior F1 personnel to test positive in recent weeks, with Williams acting team principal Simon Roberts and Pirelli chief Mario Isola also doing so before and during the Turkish Grand Prix race weekend respectively.

If the Red Bull sporting director does not get a clear negative test result prior to the second of the two races in Bahrain, he will not be able to rejoin the paddock for it.