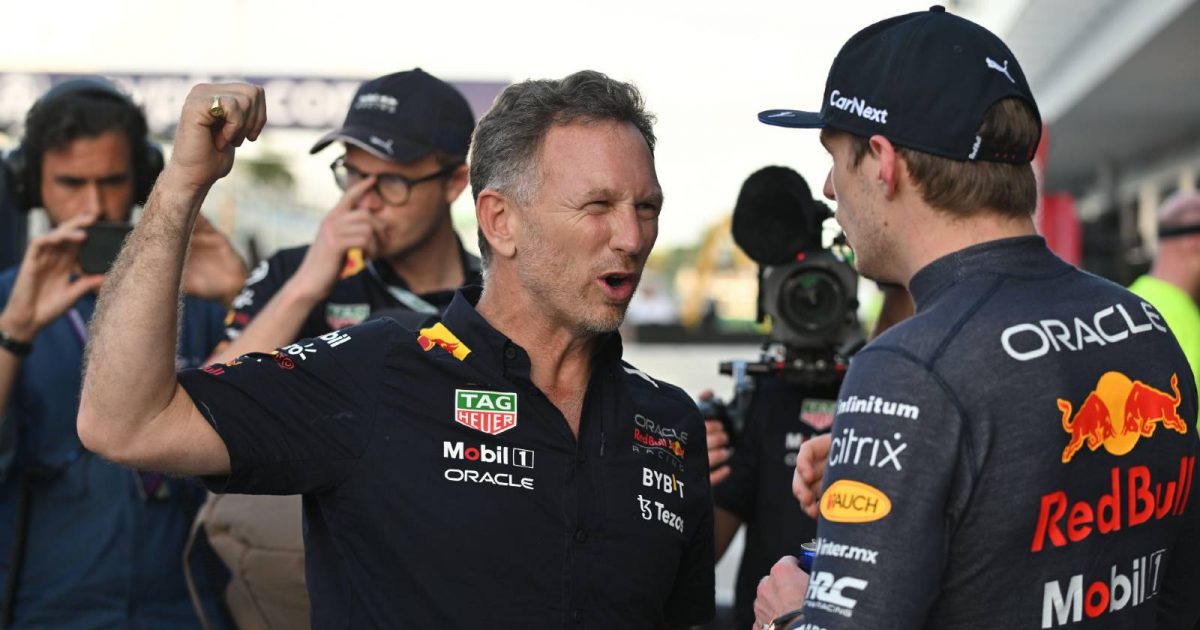 Christian Horner admits Red Bull’s impressive pace at the start of F1’s new era of regulations has taken him by surprise.

Max Verstappen, the reigning World Champion, has won all three races he has finished so far this season, and appeared booked for second position in the other two when his Red Bull broke down in the latter stages.

Those two victories went to Ferrari’s Charles Leclerc, who consequently leads the Drivers’ standings by 19 points from Verstappen while the Scuderia have an advantage of six over Red Bull in the Constructors’.

It already looks to be a head-to-head contest for both titles as Mercedes, who had hitherto dominated the turbo hybrid era, are off the pace with the W13.

Red Bull were involved in a titanic tussle with Mercedes for last year’s championships and team principal Horner had expressed concerns that would have a knock-on effect into preparations for 2022 and the RB18.

But those fears have been allayed by the car’s performance – at least when its reliability holds out, which it did not in Bahrain and Australia.

“Having put so much effort into last year’s car, to then come on to these new regulations, we elected to take a risk because we had an opportunity to win last year and you have to go for it,” Horner told CNN.

“That put huge pressure on the team, going into the second half of last year, that we had to play catch-up. Personally, I didn’t expect us to start this year as competitively as we have.

“To be on the front row at the first race, to win the second race, to win and get a one-two in Imola and win in Miami has been an unbelievable start for us, and I think testimony to all the team for doing such a phenomenal job in such a short space of time.”

Verstappen will try to make it three wins in a row at the Spanish Grand Prix as he tries to bridge the deficit to Leclerc.

“There is a long, long way to go and it’s so tight with Ferrari. There has been some great racing,” added Horner.

“I was rather hoping we weren’t set for another competitive year like last year but it looks like this one could go all the way as well.

“It’s been nip-and-tuck and Barcelona is a different challenge, high-speed corners. We know Ferrari are strong in that area.

“It’s horses for courses and Miami suited us. We were able to make it work and thankfully got the result.”