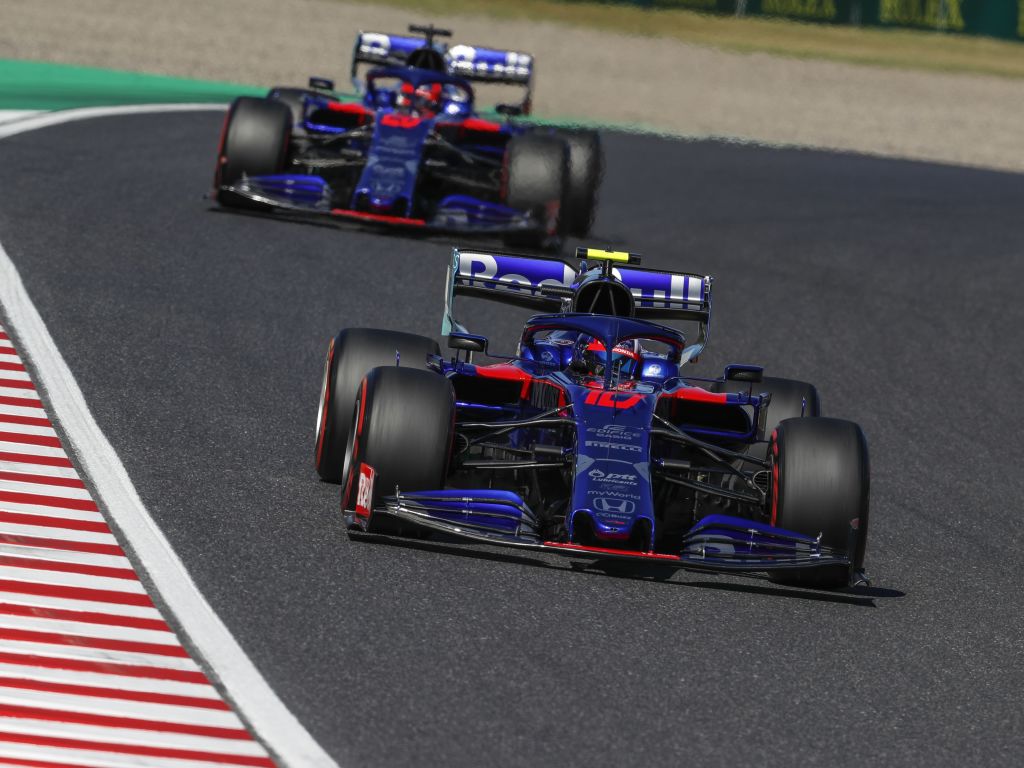 AlphaTauri principal Franz Tost has suggested that the team’s relationship with Red Bull Technology was the key factor behind their 2019 achievements.

In their final season as Toro Rosso the team picked up 85 points as they secured P6 in the Constructors’ Championship, while Daniil Kvyat and Pierre Gasly each recorded a podium finish.

But in 2019 Toro Rosso grew closer to their sister team Red Bull then ever before with both using Honda power, while the duo also shared more components thanks to Red Bull Technology.

And Tost made it clear that these closer ties were a key factor behind his team’s strong 2019.

“There is absolutely no doubt that the performance we have shown was a result to a very high percentage coming from the synergies with Red Bull Technology,” Tost told Motorsport.com.

“Because you must not forget that Red Bull Technology has most of the experienced engineers on their side, and for me this is maybe the best technical office or at least on a very high level with the three top teams.

“And we can only profit out of this synergy, and therefore we do it.

“We will get the complete rear end from them once more [in 2020]. Even if it’s one year old, because we are running the rear end and front suspension which Red Bull Racing raced last year.

“But nevertheless, this is a higher advantage for us than if we do it ourselves, because we have neither the financial resources nor the engineers. We can then concentrate in other areas where we can improve the performance.”

The midfield pack was a very competitive environment to say the least in 2019, so Tost hopes AlphaTauri can make further gains this year.

“We are all not slowing down,” he said.

“I hope that we will speed up more than the others! It depends how competitive the new car will be, and how much progress also Honda will come up with. But generally speaking we should have quite a good package because the car now is on a certain level.

“We have two experienced drivers, and Honda will work very hard during the winter months to improve the performance.

“It will become very difficult because you have to find the balance of the development of the car for 2020, but you also must not forget to be concentrated on the research and development for the 2021 car.

“And this depends also on the financial resources which you have. And of course, the three top teams have a big advantage. We know this, but nevertheless, we will push very hard to hopefully come up in 2020 with a good car, and also in 2021.”

For the first time AlphaTauri have an experienced driver line-up on their hands for 2020 in the form of Pierre Gasly and Daniil Kvyat.

And while this is of course a huge benefit to the team, Tost also thinks it offers Red Bull the flexibility they want.

“From the experience side we have the best driver line-up ever,” he explained.

“It always depends on the situation. It could be that in 2021 we’ll have a young driver in the team. Currently it’s not necessary.

“I think currently, we’re in a better position to keep these drivers because if something happens at Red Bull Racing, they can take an experienced driver from us. And this is quite a position where you can start to work from. It’s exactly what Red Bull wants to achieve, it is to be flexible.”