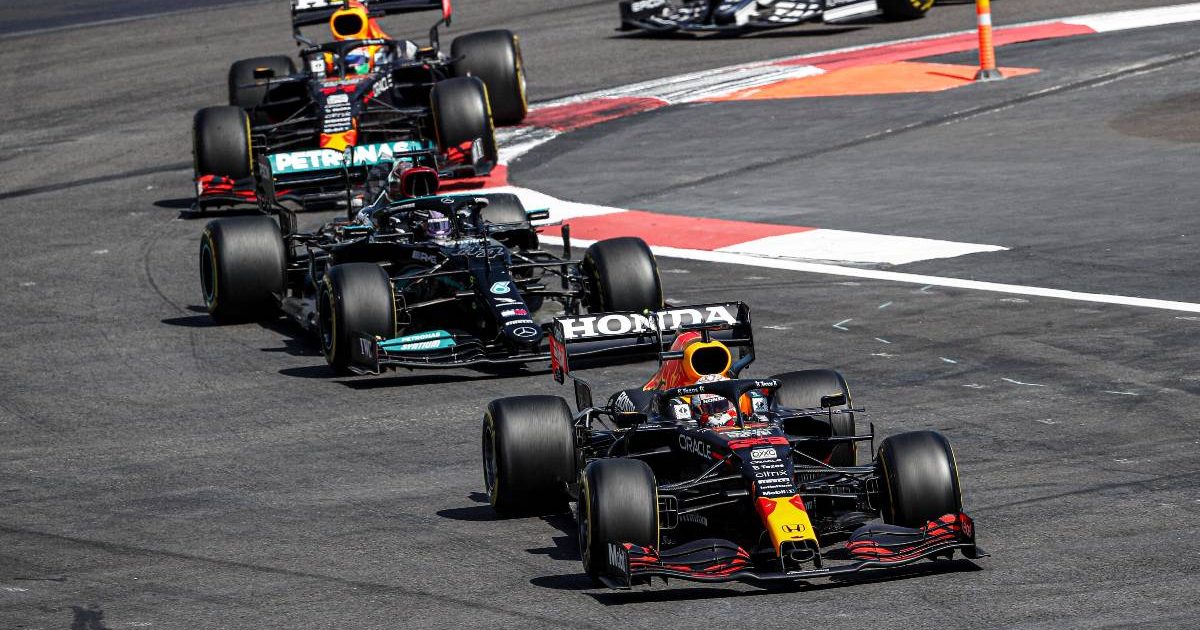 Helmut Marko says protesting the Mercedes rear wing would be the “last resort”, he’d rather the FIA deal with it.

Red Bull have insisted for some time now that there is something going on with the Mercedes W12 that is giving it a major straight-line speed advantage.

While initially it was speculated that the Brackley squad was running a trick to cool their engine, there’s also been talk about their rear wing.

According to Auto Motor und Sport’s Michael Schmidt, Red Bull have been told by a former Mercedes’ employee that “the main blade on the Mercedes supposedly gets pushed down” under a certain load.

“If the theory is correct,” he added, it “would be much more difficult to detect because the main blade is partially covered by the flag that is in front of it.

“This effect would also occur with no DRS.”

Red Bull team boss Christian Horner alluded to this on Friday at the Qatar Grand Prix.

“I think that this is something even more advanced,” he told Sky Sports.

“It’s hidden in the way that it operates, so it’s harder to spot from a camera. But you can see the straight-line performance since Hungary, and particularly in the last two grands prix, has gone exponential.

“I think that obviously concerns us, and that’s why Adrian [Newey, chief technical officer] and Paul [Monaghan, chief engineer} have been discussing it with the FIA.”

Marko says he hopes the FIA deal with it this weekend in Qatar as he would rather that happen than Red Bull having to protest.

Speaking to Sky Germany, the Red Bull motorsport advisor said: “First of all, we hope that the FIA will take a closer look, which seems to be the case here.

“The protest would be the last resort.”

Asked if Mercedes may be forced into making changes to their rear wing, he added: “It is difficult to say from the outside, but we will see it in the data.

“There is some movement [in this topic].”

The 78-year-old was also asked about Mercedes’ failed attempt to review Verstappen’s defensive driving at the Sao Paulo Grand Prix.

Mercedes had asked for the right to review, but that was denied on Friday with the stewards declaring there was no new “significant” information.

Marko says it was nothing but “annoying” as Red Bull had to spend time “looking out and probing any defence material”, time that should have been spent working on the car ahead of the Qatar race.