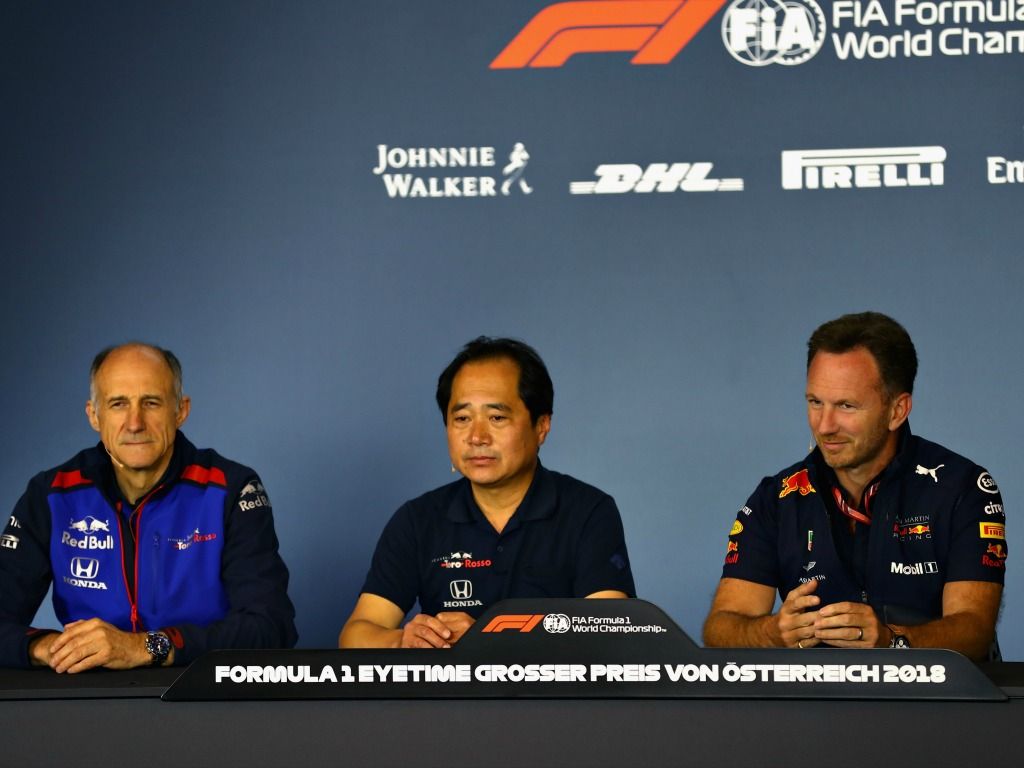 Red Bull boss Christian Horner has said that Honda will not be pushed into sacrificing Toro Rosso ahead of the 2019 season.

Red Bull will be joining forces with their new engine supplier Honda next campaign after deciding not to renew their current partnership with Renault.

With the new partnership on the horizon, Red Bull motorsport advisor Dr Helmut Marko suggested that junior team Toro Rosso could rack up the penalties in the second half of the season by becoming Honda’s guinea pig for testing purposes.

Horner, though, has said that is not strictly on the agenda as Toro Rosso have their own objectives to work toward.

However, he was keen to stress that any new engine parts would also benefit Toro Rosso as well.

“But obviously there are opportunities to learn for the benefit of the group, which ultimately Toro Rosso will benefit from as well.

“That’s obviously something that remains open, but of course Toro Rosso have got their own fight with the constructors they’re competing with, that obviously has significant value to them.”

Honda introduced a major upgrade at the Canadian Grand Prix, but both performance and reliability have so far not reached the heights that were initially expected.

Nevertheless, Horner is not concerned and still feels Honda are heading in the right direction.

“From what we saw, certainly the last couple of samples – Austria and Silverstone – you can see that the performance of the engine is pretty close to where we currently are with our current supplier,” added Horner.

“Of course, Toro Rosso have been running varying amounts of downforce at the past couple of venues.

“It feels like Honda are on the right trajectory. They seem to have the right goals and targets, and we’re looking forward to working with them in a much more collaborative manner as we move into this new relationship.”