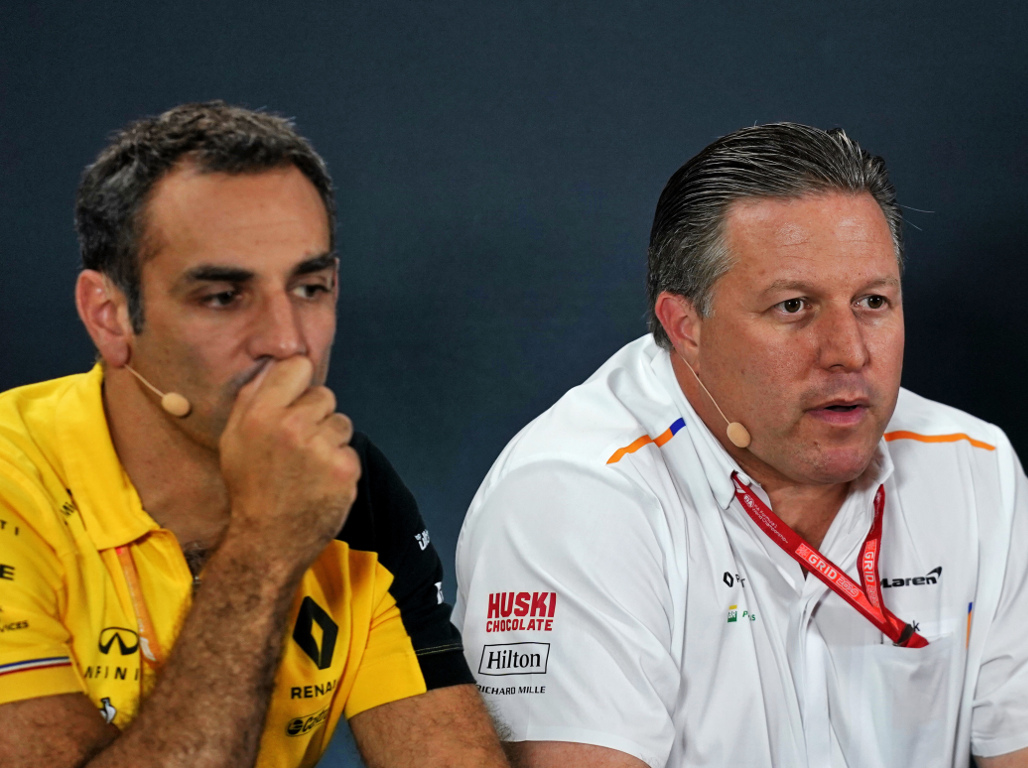 Cyril Abiteboul has cited “different ambitions for the future” as the reason Renault and McLaren will not be continuing their partnership after 2020.

McLaren signed up for Renault power at the start of the 2018 season, making the change after three trying years with Honda.

P9 in their first campaign together, McLaren have improved to ‘best of the rest’ this season, sitting 22 points ahead of the Renault’s work team.

The relationship, though, will only last three years with McLaren announcing at Sochi that they will be returning to Mercedes power from 2021 onwards.

Renault team boss Abiteboul cited “different ambitions” as the reason for the end of the relationship.

“Since our partnership began, McLaren has gone from ninth to fourth position in the Constructors’ Championship,” he said.

“We can therefore consider this a very successful relationship.

“However, while looking beyond the terms of the current contract, which concludes at the end of 2020, it was apparent that Renault and McLaren have different ambitions for the future.

“Each of the different elements of this decision have been carefully evaluated over the past few weeks.

“2021 will be a crucial season for all teams and it is important for us to have a precise and clear view of the strengths and ambitions of our competitors going forward.

“This decision is in line with Renault’s vision to become a works’ team, with a goal to return to the front.”

Abiteboul added: “Renault will continue to honour its commitments to McLaren Racing next season, as has always been the case over our long history of engine supply.”

McLaren CEO Zak Brown praised Renault, thanking them for their efforts in helping McLaren get back on track.

“Renault has been instrumental to our Formula 1 recovery plan and a fantastic partner to McLaren Racing,” he said.

“Despite its understandable focus on its factory team, Renault has always been fair, consistent and transparent in our relationship and we thank the whole team at Viry for the excellent service provided to McLaren in F1 over the past two years.

“Of course, we enter the final year of our relationship in 2020 and are focused on continuing our challenge together of closing the performance gap to the front of the field.”