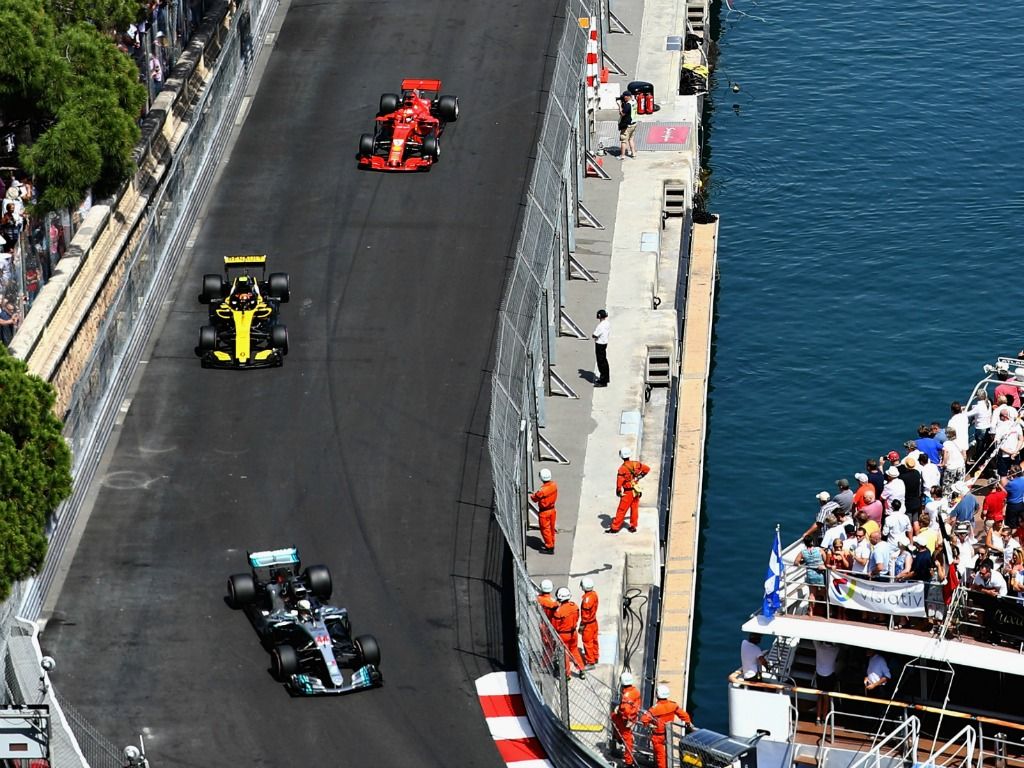 Renault believe that they have become “collateral damage” in the engine race between Ferrari and Mercedes this season.

The works Renault team were consistently the ‘best of the rest’ in the first half of the season, but have fallen away since the summer break.

The customer teams of Mercedes and Ferrari have improved with their engine updates, bringing the heat to Renault.

The French team’s managing director, Cyril Abiteboul, believes that there are several factors for this, but the “arms race” is chief amongst them.

“We see that we are in a very tight midfield with most of the cars around us benefiting and tracking the development of the top teams [Mercedes/Ferrari] – who really are in an arms race for the championship,” Abiteboul told motorsport.com.

“In my opinion, we are almost a collateral damage.

“We are seeing the collateral consequence and collateral effect of Ferrari having had at some point an upper hand on Mercedes, and then a very strong rate of development by Mercedes to catch up again.”

Force India, Haas and Sauber are all customer teams of the top two, and have moved closer to Renault in the standings.

“Under the current regulations, this is having a positive impact on all of the other [customer] teams, so Force India, Haas and Sauber have gained from that fight between the two,” Renault’s MD continued.

“We are in isolation. It is not an issue because we are a manufacturer, we have full accountability and full responsibility, but we need to get everything to progress.”

Abiteboul also sees that the engine issues have hidden the progress that the Renault team have made with their chassis.

“But in addition to that, the car may not be at its maximum potential because we have had a lot of evolutions.

“We may need to revisit some of them, and maybe we have some evolutions that are not working the way we want, so it is really hard to give you a definitive conclusion. But it is fair to say that we are not really in a happy place at the moment.”

The conclusion amongst the Renault team is that they have to be more aggressive with the 2019 engines, as well as making sure the team runs smoothly next year.

“We see that we cannot afford not to push massively on the engine development and we are currently looking at the targets for next year, and those targets will be extremely aggressive,” Abiteboul admitted.

“On the chassis side we need to accept that it is a long term process and Enstone has grown very rapidly.

“But it is not just about the size, it is about the way that people are interacting between each other, and Marcin [Budkowski] is now fully in command in Enstone.

“He is driving the transformation plan for Enstone, which is not just a growth plan. I think we had up until now too much focus on growth: it is not just about growth, it is about efficiency and that will be the focus of Marcin for next year.”

Renault still remain in P4 in the Constructors’ Championship, but the gap back to Haas is now only eight points.