Home News Renault at fault for both McLaren DNFs 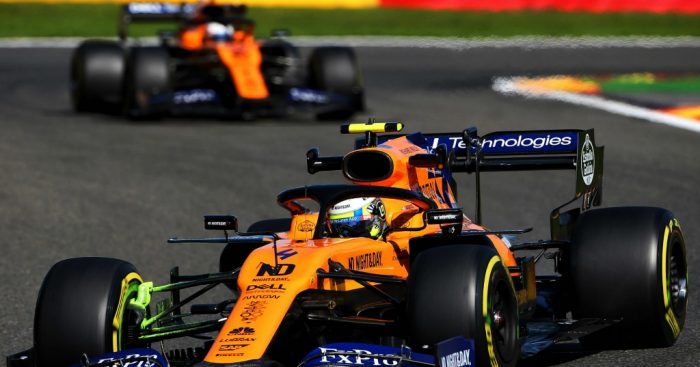 McLaren team principal Andreas Seidl has called for transparency from Renault after their engines were to blame for both DNFs in Spa.

Carlos Sainz’s problems with the Renault power unit began on the formation lap and, after failing to get away off the grid once the lights went out, promptly retired soon after.

The agony was felt on the other side of the McLaren garage, too, as Lando Norris’ engine packed in on the final lap of the race with a P5 finish thrown away as a result.

Seidl has now stressed the importance of a “transparent and open relationship” with their engine suppliers, Renault, to ensure that more valuable points are not thrown away due to reliability issues.

“It’s disappointing for us to have two DNFs, with one driver not even being able to make the race start,” Seidl said via Motorsport.com. “At the same time the situation is on Renault’s side as well.

“Renault is making a huge effort in order to bring power updates throughout the season so that’s encouraging to see. But of course, [it is] disappointing to have all these penalties and the DNFs in the races.

“It is important that we have a transparent and open relationship there, and that we analyse the issues and try to solve them together.”

McLaren introduced Renault’s Spec C engine to their pool but reverted to the Spec B power unit to race with at Spa, but Seidl does not believe the reasons for the retirements lie in between the different specifications.

Seidl also said that the life on Norris’ current race engine was not close to reaching its maximum mileage.