Home News Renault C-spec engine still ‘over a second off’ 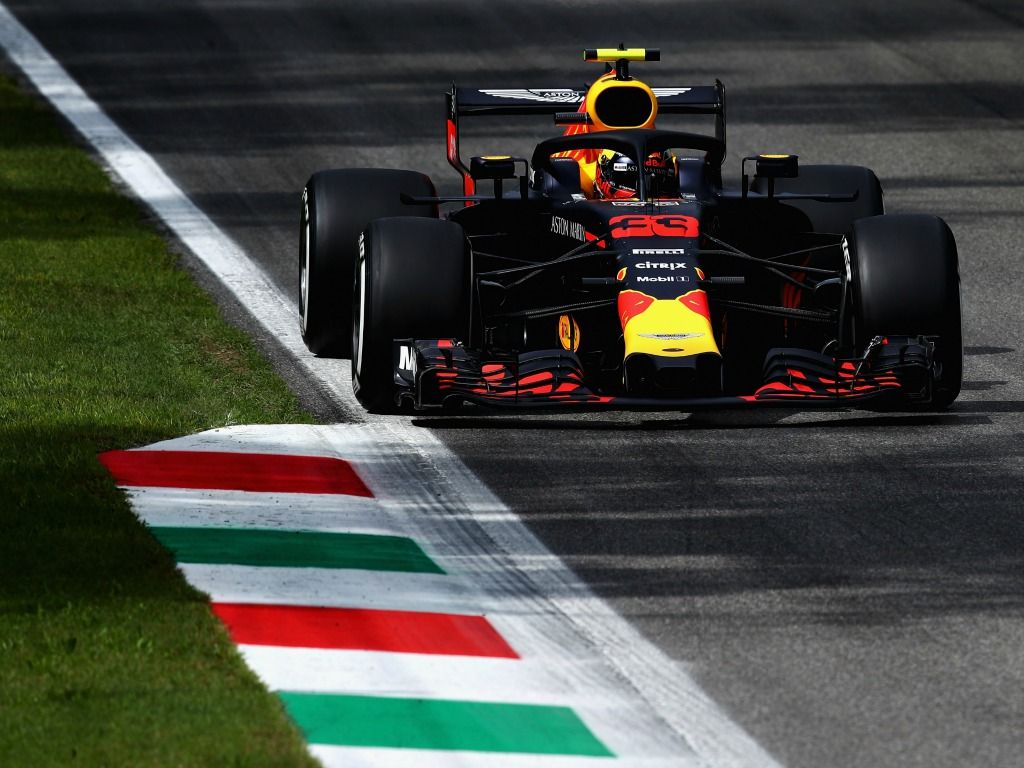 Despite a new C-spec engine upgrade in Monza, Red Bull believe the improved Renault engine is still much slower than Ferrari and Mercedes.

Max Verstappen could only manage a P5 slot on the grid for Sunday’s Italian Grand Prix, qualifying 1.496s off the leading pace of Kimi Raikkonen.

The new power unit was fitted to the Dutchman’s RB14 overnight to allow him to run it on Saturday with no penalty.

“It’s a little bit faster than the old one, so in that way it is positive, but it’s of course still not enough,” Verstappen said after qualifying.

“Maybe in Q3 it [the gap to the front] was a little bit bigger than in Q2, but in Q3 I was also the first one out in my final run when I did my fastest lap.

“They were all towing each other, so that’s another three, four tenths on this track.

“It could have been a little bit better. It’s still over a second off, but that’s also what we are missing from the engine.”

Verstappen’s team-mate, Daniel Ricciardo, has been running the engine since the start of the weekend, but it didn’t go smoothly to being with.

“My first lap yesterday [when the engine shut down briefly in FP1] I was worried, but that was a small hiccup – it’s been pretty positive since then,” Ricciardo said.

The Australian only went out in Q1 on Saturday afternoon, with the raft of engine component changes sending him to the back of the grid for the second straight weekend.

However, the seven-time race winner believes that there is more to come from the new C-spec engine.

“I felt like we had a bit more in it, especially as I only did one lap in quali,” he added.

“I believe it still wasn’t optimised on that one lap, but it feels like the torque curve keeps going a bit [and it] kind of pulls a bit harder or longer on lots of corners, so it seemed encouraging.”