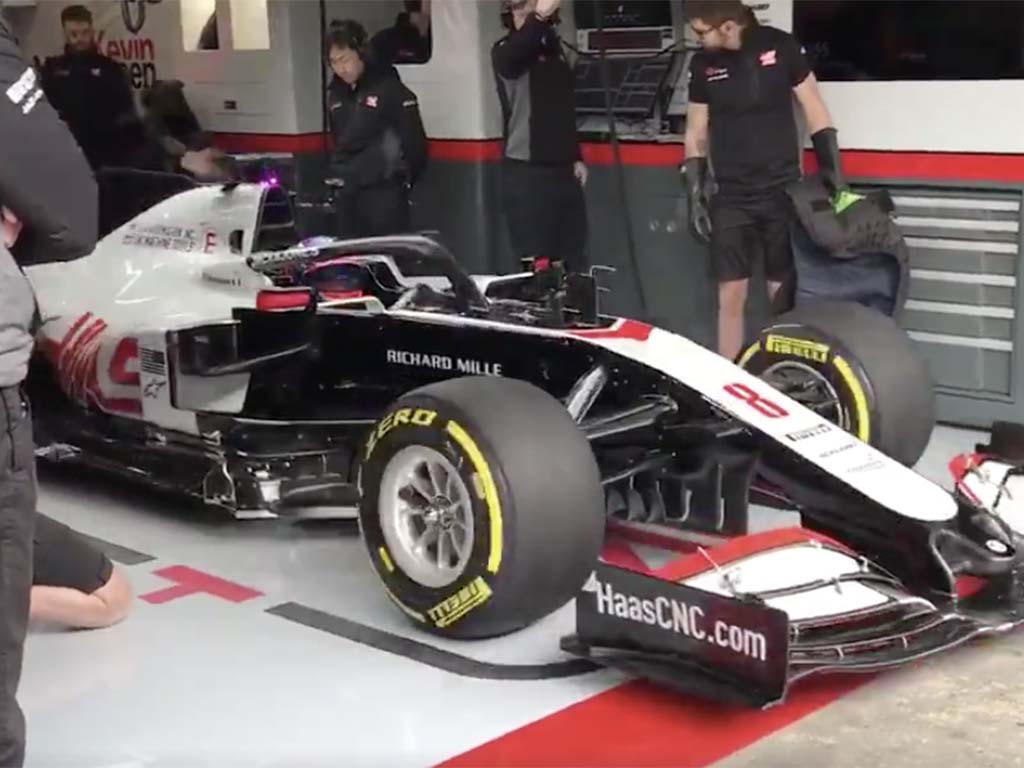 The build-up to the first pre-season test continues with Renault and Haas both making use of filming days to give their 2020 challengers an early spin.

Haas officially kick-started launch season with an early reveal of their 2020 livery – but it was wrapped around a 2019 chassis. But, the American outfit has shown us the real thing on Monday morning with their social media channels showing the VF-20 coming out of the garage at the Circuit de Catalunya.

The #VF20 takes to the track for the very first time 🤩#HaasF1 pic.twitter.com/aaIuDyKPv8

Renault, meanwhile, has officially launched but have been by far the most secretive team heading into pre-season testing. Their ‘launch’ included no physical car present and no live stream, instead revealing a handful of renders with an all-black testing livery.

The secrecy remained as Renault published grainy CCTV-esque footage of the RS20 heading down the straight.

A black and white image was also posted on social media, with the RS20 still in its all-black testing livery.

Monday morning also saw Williams launch their 2020 car – the FW43. They launched the car ‘digitally’ before also revealing the car out on track for the first time.