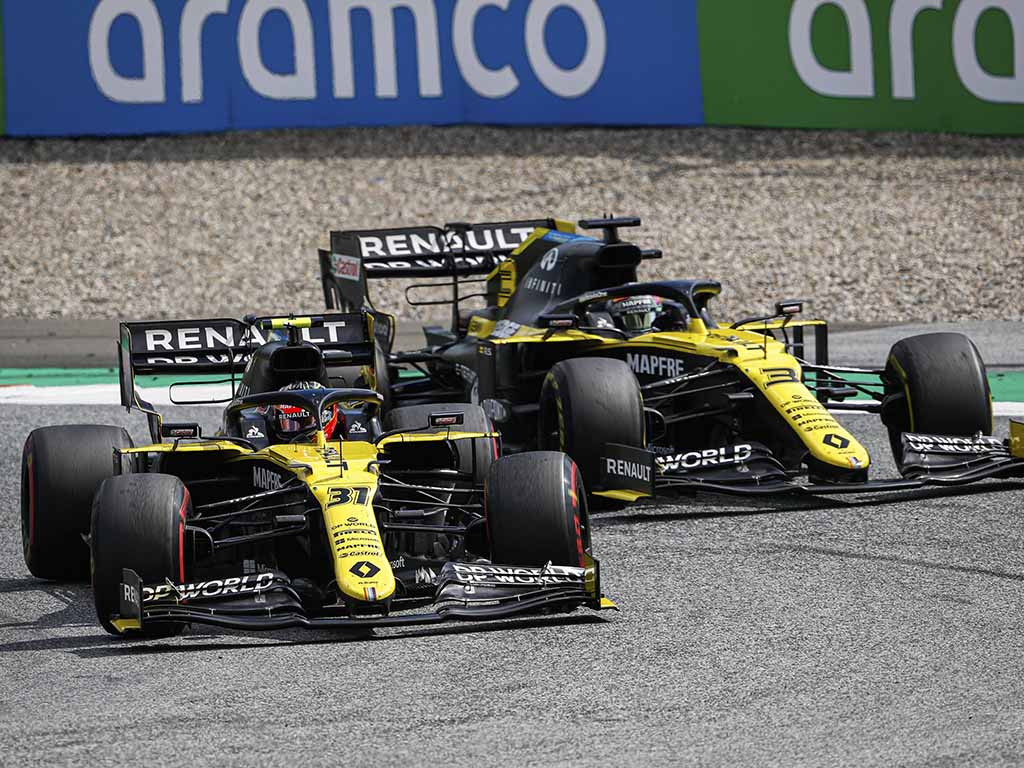 Daniel Ricciardo felt team orders were on the way at the Styrian Grand Prix after he asked the question to the pit wall.

Ricciardo and his new team-mate Esteban Ocon were squabbling over track position during the race despite being on alternative starting strategies. The Aussie was on the mediums and Ocon began on the red-striped softs.

Rather than playing the team game, Ocon gave Ricciardo a hard time before he finally found his way past and knuckled back down to his race plan again.

Ricciardo thinks that teams orders were only a matter of moments away had he not found a way through.

“I asked a bit of a general question,” said Ricciardo via Motorsport.com.

“As I was, I felt, being held up by by that group. So I just said, ‘Look, guys, I’m quite a bit quicker at the moment.’ So I guess that’s, it’s really me asking the question. ‘Okay, are we going to swap?’

“Obviously, we were on different strategies. I was on the medium and Esteban was on the soft, so I think typically early in the race I don’t think it’s that wise to fight and lose time, especially on on a split strategy.

“So I asked the question, and then I got past, but I believe the call was coming. If it wasn’t that lap, it was going to come. So it was being discussed on pit wall.

“I think obviously they could see we were both losing time trying to fight each other. So it was certainly being addressed.”

Ocon, meanwhile, said he enjoyed the fight, which he felt was a fair one.

“It’s been good to race with Daniel,” Ocon said when asked by Motorsport.com.

“I have to say, it was a very fair fight. We left other space. It was not too aggressive. And that’s that’s the way I want to race against I guess my teammate, really.

“So yeah, it was a good fight. I was happy with how everything has been there. So looking forward to many more. I think the policy of the team so far was to let each other race but race cleanly. And that’s what we did.”